Numerous illegal pets were collected during an amnesty day event. 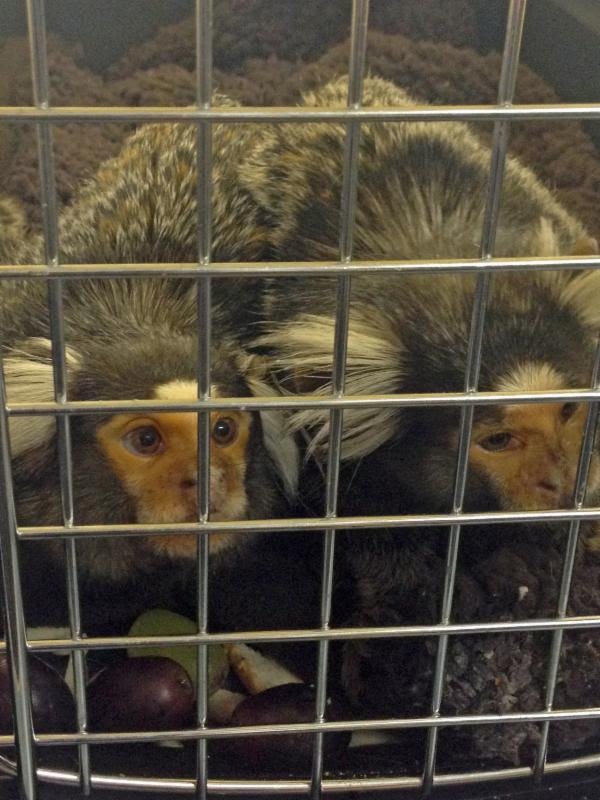 Brookhaven, NY - May 11, 2014  - The Suffolk County SPCA, in cooperation with the Town of Brookhaven Holtsville Ecology Center, NYS Department of Environmental Conservation,  U.S. Fish & Wildlife and USDA hosted an Amnesty Day for dangerous reptiles, amphibians, and illegal mammals on Saturday May 10th.
Chief Roy Gross of the Suffolk SPCA said that the Amnesty Day was the first of its kind for unlawfully possessed mammals in Suffolk County.  The program was a huge success taking in a total of 25 animals.
"The purpose of this effort was to get these animals into a controlled environment where they could be cared for properly," Gross said.  This comes in the wake of releases of alligators, snakes, and other reptiles into communities in Suffolk County. "People who were in possession of these animals unlawfully were able to turn them in to us without fear of prosecution.," said Chief Gross.
Trained handlers were be on hand to accept the animals from the public.  Among the illegal animals turned in were an Albino Western Diamondback Rattlesnake, a Green Anaconda, 2 Common Marmoset Monkeys, 1 American Alligator, 1 Alligator Snapping Turtle, and one Common Snapping Turtle.