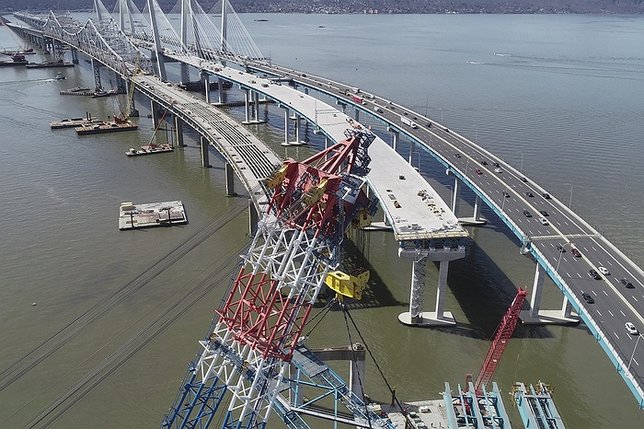 The retired Tappan Zee Bridge began the process of being lowered onto a barge.