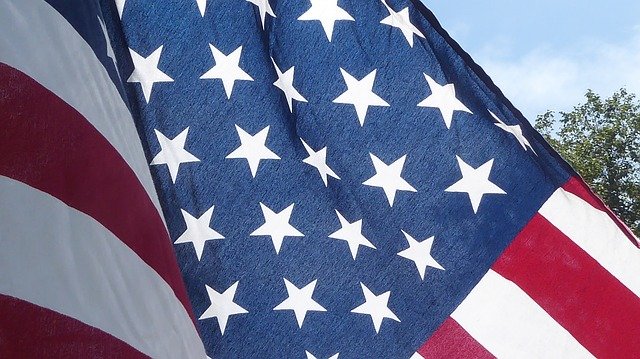 Long Island, NY - May 8, 2018 - Governor Andrew M. Cuomo today announced that the Office of General Services will collect worn and tattered flags at locations statewide so that they can be properly retired. The collected flags will be disposed of as part of the Memorial Watchfire hosted by the Vietnam Veterans of America, Chapter 103, on Sunday, May 27th, 2018 at the New York State Fairgrounds, Syracuse, NY. Information on the Watchfire can be found here.
"American flags should be retired with respect and honor and this collection program provides New Yorkers with a simple way to accomplish this," Governor Cuomo said. "The Watchfire offers a valuable community service and brings people together to observe the Memorial Day holiday."
The Office of General Services has set up drop-off locations across the state for businesses and individuals to bring their flags. All flags collected will be properly folded prior to disposal. The drop-off locations will be collecting donations from Tuesday, May 8 through Wednesday, May 23.
Bill Martin, Watchfire Committee Chair, said, "We appreciate New York State's efforts to collect these flags to ensure they are properly retired with dignity at the Watchfire."
Joel Evans, Executive Deputy Director of the New York State Division of Veterans' Affairs said, "All men and women who served, stood and took an oath to protect the principles and tenets of democracy, liberty and freedom that are embodied by the American flag. The collection of these worn flags to be appropriately retired with proper care and respect is a testament to Governor Cuomo's and New York State Office of General Services dedication to honoring these esteemed symbols of our nation."
OGS Commissioner RoAnn Destito said, "As the home of the Service Disabled Veteran Owned Business Program established by Governor Cuomo, the Office of General Services is honored to collect worn and tattered American flags and help citizens properly dispose of them."
Senator William Larkin said, "As a veteran, I can appreciate the sacrifice that the men and women who serve this country put forth to ensure our protection and our freedom. Though a simple gesture, the Watchfire serves to honor those we have lost and reminds us of what it is our armed forces fight for each and every day."
Assemblymember Michael G. DenDekker, Chair of the Assembly Committee on Veterans' Affairs, said, "Having dedicated much of my life and career to defending our nation's freedom, the Watchfire is an act of respect and honor that is deeply meaningful to me. Retiring these flags allows us to take a moment to reflect on what it represents to each of us personally and memorialize the brave men and women who have fought, and made the ultimate sacrifice for our country."
The drop-off locations are as follows:
Visit the Division of Service-Disabled Veterans' Business Development webpage here.