The weekend-long series of races ended on Sunday. 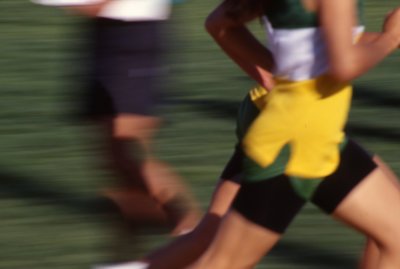 Thousands of other participants finished the 26-mile course behind Schefer and Farrell, concluding a weekend-long series of races taking place in Eisenhower Park in East Meadow and the surrounding area.

The events kicked off on Saturday with a 1-mile race and a 5k race. Runners started on Charles Lindbergh Blvd and finished at the 1998 Goodwill Games race track inside the Mitchel Athletic Complex in Uniondale.

On Sunday, runners for the marathon, half-marathon and 10k races also began on Charles Lindbergh Blvd. Runners in the full marathon began the race passing through Nassau County Hub, passing Nassau County landmarks such as the Omni Building, Museum Row, the Mitchel Athletic Complex and the Nassau Coliseum.

About 8,000 people participated in the races, according to officials. Police officers were stationed along the route to provide security for the runners and spectators. There were also K-9 bomb-sniffing units throughout the races and a clear-bag policy.

In the 10k race, Aaron Robertson, 36 of Melville, came in first place with a time of 34 minutes. 46-year-old Laura Brown of Westhampton won the women’s category at 40 minutes.

Stephen Kress, 28 of New York, completed the 5k in 16 minutes for the win. 16-year-old Alison Briggs of Commack finished first the women’s 5k with a time of 20 minutes.

Trent Hampton, 35 of West Babylon, came in first place in the one-mile run with a time of 5 minutes and 12 seconds. 12-year-old Maggie Maier of Atlantic Beach came in first in the women’s category, clocking in at 6 minutes and 23 seconds.

Runners crossing the finish line were treated to prizes and celebrated at the Finish Line Festival with live music and refreshments.