The 35th Annual Shelter Island Run 10K, to be held on June 21, 2014, is proud to announce that the 2014 Boston Marathon winner and Olympic Silver Medalist Meb Keflezighi will be competing in this ... 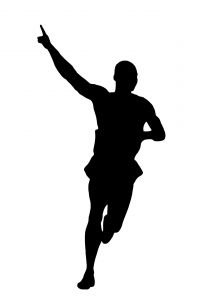 New York, NY - April 23, 2014 - The 35th Annual Shelter Island Run 10K, to be held on June 21, 2014, is proud to announce that the 2014 Boston Marathon winner and Olympic Silver Medalist Meb Keflezighi will be competing in this year’s race.  Meb is the first American male to win the Boston Marathon in 31 years.

The race has a long history of attracting elite runners from all over the world, including Simon Ndirangu and Malika Mejdou. The addition of 38-year old American Olympic long-distance runner, Mebrahtom "Meb" Keflezighi, to the race is certain to entice a large number of runners to compete. Meb is the 2009 NYC Marathon winner, the 2004 Olympic Marathon Silver Medalist and finished 4th place in the 2012 Olympic Marathon.  Meb will speak at the Shelter Island High School attended by local students and members of the East End Track Teams, as well as, attend the pre-race pasta party and post-race events.

Sitting between the South and North forks of Long Island, the Shelter Island 10K has been touted as one of the country’s most beautiful runs by Runners World Magazine.  With a pre-sunset start time of 5:30 pm, the beauty of the Shelter Island 10K Run showcases the picturesque views of the harbor, abundance of nature and the exceptionally warm community. The run starts at the Shelter Island High School, and continues along past St. Mary’s Episcopal Church past Ram Island Road with breath-taking views of Gardiners Bay and Coecles Harbor then continuing into Dering Harbor. The final stretch is along Route 114 "Joey's Mile"- dedicated to Lt. Joseph Theinert who was killed in action in Afghanistan. The local community lines the final mile with small American flags in an effort to inspire runners to push toward a strong finish at the Shelter Island High School athletic field.

Pre-registration is strongly suggested as the race is limited to 2,500 and participants are accepted on first come first served basis. Runners can sign up at www.shelterislandrun.com or www.nycruns.com for $38.  The race benefits:  East End Hospice  offering home health care and  short term hospital care; the Timothy Hill Children’s Ranch, which provides a safe haven for boys ages 10-21 who are in need of a therapeutic environment, and offers a Christian home living with farm/ranch atmosphere; and the Shelter Island Run Community Fund, serving the needs of the Shelter Island community for over 25 years.

Shelter Island is accessible by a 10-minute ferry ride from either Greenport or Sag Harbor. For more information, contact the Long Island Convention & Visitors Bureau at 877-/FUN-ON-LI (631.951.3440)