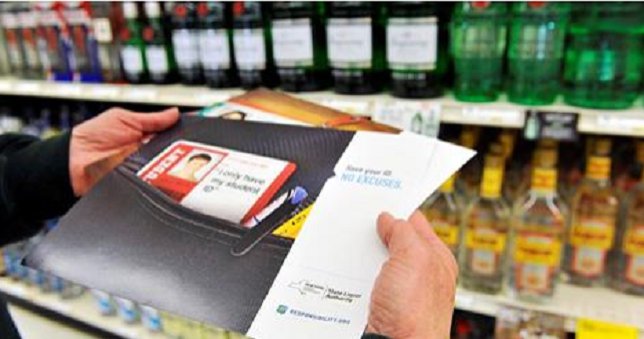 Albany, NY - May 3, 2016 - Governor Andrew M. Cuomo today launched the “No Excuses” campaign aimed at curbing underage drinking in New York. The statewide education campaign includes the distribution of more than 15,000 display materials, in Spanish and English, to restaurants and liquor stores across the state.

“Far too many times we’ve witnessed the dangers of underage drinking and the tragic and life-altering consequences that come with it,” Governor Cuomo said. “With prom and graduation season just around the corner, this campaign sends the message that this reckless behavior just isn’t worth it.”

The New York State Liquor Authority in conjunction with the Foundation for Advancing Alcohol Responsibility kicked off the statewide campaign ahead of prom and graduation season and began the distribution of thousands of display materials to liquor licensees throughout New York. The groups are hosting launch events with spirits retailers in Albany, Buffalo, New York City and Rochester, with participation by local law enforcement officials, who are on the front lines in combating underage drinking.

Members from all levels of the spirits industry came together for the “No Excuses” effort. Responsibility.org represents the country’s leading distillers, and wholesale partners include Southern Wine & Spirits and Empire Merchants. The following retail associations are also involved in the campaign:

“One bad decision, like using a fake ID at a bar or getting behind the wheel of a car after a few drinks, can have lifelong consequences, which is why it’s important we continue to work together to raise awareness and keep alcohol out of the hands of young adults,” NYS DMV Executive Deputy Commissioner and Acting Chair of the Governor’s Traffic Safety Committee Terri Egan said. “DMV and GTSC are proud to partner with SLA on the ‘No Excuses’ campaign, and in other events and joint investigations throughout the year, with the common goal of deterring underage drinking and keeping New Yorkers safe.”

“Seventy-five percent of high school seniors in New York State have used alcohol,” NYS OASAS Commissioner Arlene González-Sánchez said. “This underage use puts our young people at risk for addiction later on in life. Delaying alcohol use can help prevent substance abuse and addiction down the road.”

“New York youth under the legal age to purchase alcohol should be on notice that the SLA and the spirits industry are united in our commitment to fight underage drinking,” Ralph Blackman, president and CEO of Responsibility.org said. “Year after year, family and friends continue to be a leading source of alcohol for today’s youth, so this campaign is a message to parents, too. Parents are the leading influence on their teen's decision to drink – or not to drink – alcohol, and the ‘No Excuses’ campaign provides a great opportunity for parents to start the conversation with their teens and let them know that underage drinking is dangerous and will not be tolerated.”

The SLA has dramatically intensified enforcement actions to crack down on sales to minors in addition to providing education to licensees on their responsibilities. SLA prosecutions for underage sales are up 50 percent since 2010, while the number of licensees and their staff completing the Alcohol Training Awareness Program to prevent underage sales has increased by over 150 percent over the same time period.

The SLA and DMV are integral members of the Governor’s Traffic Safety Committee, which funds initiatives to deter underage drinking and keep New York’s roadways safe. This includes Operation Prevent, which is aimed at reducing underage drinking and the use of fake IDs. During Operation Prevent sweeps, DMV investigators work year-round with local law enforcement and in targeted details with the SLA to check identification documents and keep underage patrons from obtaining alcohol at bars, drinking establishments, convenience stores, concerts, and events. Governor Cuomo announced in January that Operation Prevent efforts in 2015 resulted in nearly 760 arrests and the seizure of more than 750 fraudulent documents.

The Foundation for Advancing Alcohol Responsibility is a national not-for-profit that leads the fight to eliminate drunk driving and underage drinking and is funded by the following distillers: Bacardi U.S.A., Inc.; Beam Suntory Inc.; Brown-Forman; Constellation Brands, Inc.; DIAGEO; Edrington; Hood River Distillers, Inc.; and Pernod Ricard USA. For 25 years, Responsibility.org has transformed countless lives through programs that bring individuals, families and communities together to guide a lifetime of conversations around alcohol responsibility. To learn more, please visit: Responsibility.org.