Zeldin: "Summer after summer, North Fork residents’ quality of life has suffered due to the persistent issue of helicopter noise on the East End." 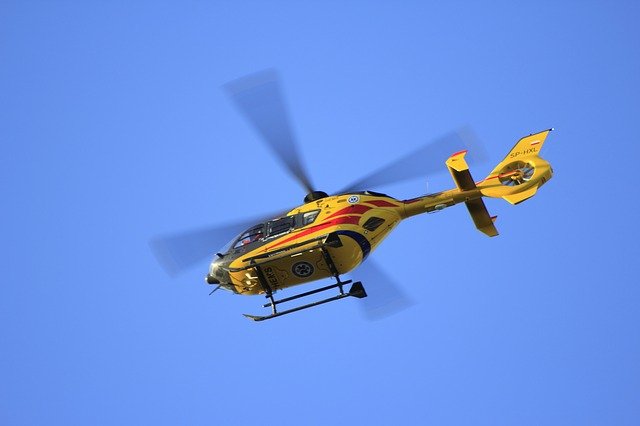 Long Island, NY - April 26, 2018 - This week, Representative Lee Zeldin (R, NY-1) introduced an amendment with Representative Grace Meng (D, NY-6) to require the Federal Aviation Administration (FAA) to reassess the North Shore Helicopter Route (NSR) to address the noise impact on affected communities, improve altitude enforcement, and assess alternative routes, including an all water route over the Atlantic Ocean. The FAA is required to hold a public hearing on the NSR in impacted communities and open a public comment period, both of which the FAA has refused to do in recent years as the NSR has been renewed by the FAA under emergency authority without consulting the public or local lawmakers.
Reps. Zeldin and Meng secured a vote on this amendment to take place this week during the House’s consideration of the FAA Reauthorization Act of 2018 (H.R. 4).
Congressman Zeldin said, “Summer after summer, North Fork residents’ quality of life has suffered due to the persistent issue of helicopter noise on the East End. The FAA and Department of Transportation have sole jurisdiction over the aircraft routes that have impacted these communities, but from the route’s planning to its continued use, they have continued to flat out ignore the residents directly affected. Congress must hold their feet to the fire, and Representative Meng and I are urging all of our colleagues to support this amendment to require the FAA to assess an all water route and alternatives to mitigate the impact on the residents who call the North Shore home.”
Congresswoman Meng said, “We must do everything we can to mitigate excessive aircraft noise that continues to take a toll on the quality of life in my district and other impacted communities. I’m pleased to partner with Congressman Zeldin on this provision to combat helicopter noise, and I look forward to it coming up for a vote.”
Southold Supervisor Scott Russell said, “The ever increasing number of helicopters over Southold has devastated the quality of life for our residents. Southold has become a doormat to the helicopter operators as they had to and from the Hamptons. Rep. Zeldin's amendment is a common sense approach that will provide immediate relief to our community. I urge the FAA to follow the Congressman's lead and help him restore the quality of life of the people of Southold.”
Riverhead Supervisor Laura Jens-Smith said, “Helicopter flyovers during the busy summer months have been exponentially increased on the North Fork of Long Island over the past several years. While the flight pattern for these flights is to circumvent the land to reach their destinations out on the Eastern End of Long Island; in practice this is not what takes place. In addition these helicopters tend to fly the same routes when traversing overland resulting in helicopters passing overhead every 5 to 10 minutes. The noise level created by these helicopters passing is so loud and disturbing that it can drown out TV sound at a moderate volume if you are inside. And outside is even worse requiring you to stop your conversations until after the helicopters pass overhead.”