Schumer Joined By Mother Who Accidently Ran Over 3 Year Old Daughter And Who Has Been Crusading To End DOT Delays. 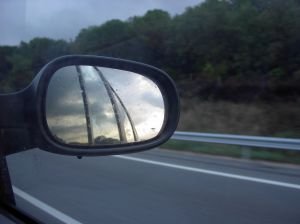 New York, NY - October 21, 2013 - U.S. Senator Charles E. Schumer today called for an end to delays in implementing a congressionally mandated rule to set a rear visibility for all newly manufactured vehicles.  Congress passed legislation in 2008 that was interpreted as requiring rearview cameras to start being installed in all new cars by 2011, but that date has been pushed back time and time again, first by the Office of Management and Budget (OMB) and then by the Department of Transportation (DOT).  Advocates estimate that at least 200 people die and 17,000 people are injured each year in predictable and preventable “backover” crashes. Forty-four percent of those killed are children younger than age 5.  In June, the Department of Transportation pushed the deadline back for yet another 18 months to the beginning of 2015, the longest delay yet.  Schumer said that this additional delay is totally unacceptable, and that the rule should be in place in the first months of next year.

Schumer was joined by Susan Auriemma, who inadvertently backed over her 3-year-old daughter in her driveway in 2005. Schumer was also joined by Bill and Adriann Nelson, whose 16-month old son was accidentally run over in 2004 by a family member in their home driveway.

“Turns out that one of the most dangerous places for a child to be is in the family driveway,” said Schumer.  “Auto manufacturers can shine a light on this blind spot so that no one has to go through the horrible ordeal the Auriemma family and the Nelson family has gone through.  Congress passed a law requiring these life saving cameras 5 years ago – DOT needs to stop throwing up roadblocks and put the car into drive.”

“I never thought something like this could ever happen to me or my family,” stated Susan Auriemma.  “I knew children could not be seen behind vehicles and thought I had taken all the necessary precautions to prevent any of my children from being backed over.  But, after leaving my then three-year-old daughter in my home supervised by an adult, she decided she wanted to come with me suddenly darted out of our home and behind my SUV as I backed out of my driveway.   Fortunately, my daughter survived, and with that I was resolute to help ensure these tragedies don’t continue to befall other families. Further delays in issuing the safety standard are unacceptable and unnecessary,” she continued.

Adriann and Bill Nelson, with their 5 children, also joined Schumer.  Their 6th child, Alec at the age of 16-months was backed over and killed by a relative in their home driveway. Bill Nelson said,  “After over a dozen trips to Washington, DC, press conferences and hundreds of interviews, it is dismaying that we need to be here again, fighting for a law that was passed with bi-partisan support over 5 years ago.  As we continue to tell our story about how our precious little Alec lost his life over and over again, it breaks our heart to know that all children continue to be at risk.”

A “backover” crash occurs when the person driving a motor vehicle in reverse strikes a person from the rear or when a person is approaching from the side.  Drivers literally cannot see a person or object located in the blindzone directly behind their vehicles, even when using their side and rearview mirrors correctly.

According to KidsAndCars.org, in New York there have been at least 29 child back over fatalities between 1990 and 2012. This past year alone, there have been 50 fatal backovers in the United States.

In 2008, Congress passed the Cameron Gulbransen Kids Transportation Safety Act, which required for the first time that a rear visibility standard be set and suggested that rearview cameras would be one of the best methods to meet that standard.  Auto makers would be required to meet the rear visibility standard beginning with new cars manufactured for sale or lease in the U.S. by the year 2011. The legislation was named after a 2-year-old boy from Long Island who was killed in 2002 when his father, a beloved pediatrician, backed the family SUV in to the driveway and accidentally ran over Cameron. DOT issued a proposed rule in December 2010 and in November 2011, the DOT sent its final draft to OMB for review. This past June, the DOT withdrew the rule from OMB and pushed the deadline to January 2015.

According to the DOT, the proposed rule would prevent 95 to 112 deaths and 7,072 to 8,374 injuries each year when implemented. The delayed rule has allowed 1,100 preventable deaths and 85,000 of preventable injuries.

Most recently, this past Friday, a 5 year old girl in San Diego died after being accidentally hit by her mother’s van twice.

Schumer today called on the DOT to move forward with the proposed rule that would implement the law requiring the rear visibility standard be met in all new cars. Schumer said that the rule should be put in place in the first months of next year.