Under this interstate agreement, member states will award their electoral votes for president to the candidate that receives a majority of the national popular vote. 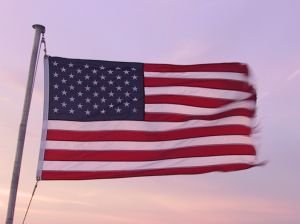 Albany, NY - April 15, 2014 - Governor Andrew M. Cuomo today signed legislation that adds New York to the list of states that have joined National Popular Vote compact. Under this interstate agreement, member states will award their electoral votes for president to the candidate that receives a majority of the national popular vote.
“With the passage of this legislation, New York is taking a bold step to fundamentally increase the strength and fairness of our nation’s presidential elections,” Governor Cuomo said. “By aligning the Electoral College with the voice of the nation’s voters, we are ensuring the equality of votes and encouraging candidates to appeal to voters in all states, instead of disproportionately focusing on early contests and swing states. I am particularly heartened to sign this legislation as it embodies both in process and substance the Empire State’s tradition as a national progressive leader. Today, in signing this legislation, I am pleased to add New York to the growing list of states who have joined together to make this reform a reality.”
This legislation utilizes New York State’s right under the U.S. Constitutional to award its electoral votes in any manner it deems appropriate (Article II, Section 1). With Governor Cuomo’s signature, New York pledges to award its 29 electoral votes to the winner of the national popular vote in ALL 50 States plus the District of Columbia, but only to take effect once enough other states have passed identical legislation so that the compact possesses a majority of the Electoral College’s 538 votes. New York provides a significant step towards this marker, as the compact now contains 165 of the necessary 270 electoral votes (61 percent).
A federal constitutional amendment is not required to affect this change, as Article II, Section 1 of the United States Constitution provides states the plenary power to award electoral votes in any manner they choose: “Each State shall appoint, in such manner as the Legislature thereof may direct, a Number of Electors…” Currently, like 47 other states, New York uses the winner-take-all method in which the winner of the popular vote in New York State receives all of its electors. This method was used by only 3 states in 1789.
The National Popular Vote legislation adheres to the basic principles of fairness in elections. Under the current winner-take-all system, Presidential candidates are able to ignore reliably Republican and Democrat states, like New York, and focus all of their attention and resources on a select group of battleground states. Therefore, candidates have no reason to focus on the many issues that matter to millions of New Yorkers across the state. The current system artificially divides the country into red, blue, and swing states. New York is a victim of this system – despite ranking 4th in the country with over 13 million eligible voters, New York ranked dead last in Presidential campaign spending.
By signing this legislation, Governor Cuomo seeks to guarantee that every vote in every state will matter in every presidential election. New York continues to be a national leader for institutional change, as the National Popular Vote compact is significantly closer to becoming effective and ensuring an even greater democracy.
Senator Joseph Griffo said, “The National Popular Vote is a move to empower voters. If people believe their vote is meaningful, this will create more interest and excitement in our political process. Joining the compact gives us leverage over presidential candidates. Collectively, we say: You can no longer take our states for granted. You can no longer effectively disenfranchise millions of Americans by ignoring us. And you can no longer assume our vote is yours. I'm pleased we've received bipartisan support on this bill and I believe we've put forward something that is both Constitutional and also reflective of the need for a more modern approach in electing presidents."
Assemblyman Jeffrey Dinowitz said, “In our world’s greatest democracy, the candidate with the most votes is the winner of an election, except for the most important office on the planet: President of the United States. New York now joins the growing number of states that have decided that the winner for President should be the first place finisher. Once the National Popular Vote is passed in enough states it will mean that the winner of the popular vote will always be the winner in a presidential election. It will mean that every vote from every voter throughout the country would count equally. Candidates would have an incentive to campaign all over the country, not just in the battleground states, and they would address the issues of concern to voters throughout the country. This would drive up turnout. And New York would no longer be ignored. We will no longer be a bystander in presidential elections. This legislation, signed by Governor Cuomo, is one of the most significant reforms in the election process in the United States in the history of our republic. I am proud that it received bipartisan support in both the Assembly and the State Senate.”
The bill has now been enacted by 11 jurisdictions possessing 165 electoral votes – California, District of Columbia, Hawaii, Illinois, Maryland, Massachusetts, New York, New Jersey, Rhode Island, Vermont, and Washington.