"I believe that Dzhokhar is innocent. I don't believe that he did this. He was just so good of a person, he really was," Britney Smith, 23, told reporters after FBI agents questioned her about ... 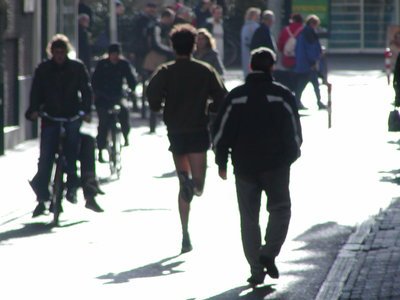 RIDGE, N.Y.—“I believe that Dzhokhar is innocent. I don’t believe that he did this. He was just so good of a person, he really was,” Britney Smith, 23, told reporters after FBI agents questioned her about her relationship with suspected Boston Marathon bomber, Dzhokhar Tsarnaev.

Smith, who attented William Floyd High School in Mastic and now lives in Miami, said she found three FBI agents waiting for her at the front door of her family’s home Friday.

Because Smith was a friend of the suspected bomber, she told reporters the FBI "knew we knew each other and they thought he might be coming here."

Smith told agents that after meeting Tsarnaev's sisters, Ailina and Bella, through a mutual friend in 2004 she grew up with them, and soon became friends with the rest of the family.

Agents questioned Smith about her relationship with Tsarnaev and his family over the years and an incident in which Ailina Tsarnaev used Smith's identification when police stopped her for driving without a seat belt several years ago.

Federal agents were also investigating whether Tsarnaev, 19, had boarded a ferry to Orient Point after he and his brother, 26, allegedly shot and killed a police officer in Cambridge, Mass.

In addition, the FBI asked to see all of Smith’s Facebook messages to and from the 19-year-old suspected bomber and his sisters and to describe the details of their other communications.

"You wouldn't have even known he was Muslim," Smith said. "He was a typical teenager, going to parties, having fun."

“It hurts me to know that people really don’t believe that there could be another side when they don’t see facts. They’re not seeing this proof. All they’re seeing is two boys walking with book bags when there were numerous people there with book bags,” Smith told reporters.

Smith said she stayed with Tsarnaev's family in Boston in 2008 for a month while she was looking for a school to attend. “I had nothing but love there. They accepted me for who I was, she said, adding that Tsarnaev's mother called her “her third daughter.”

"It's all just so sad," Smith said. "It's hard to believe any of this is happening.”

“I believe that Dzhokhar is a good person. He really is. There’s nothing—there’s not one person that can say anything bad about him…he’s not a bad person at all, at all,” said Smith.

Smith has been directed by the FBI to have no contact with Dzhokhar’s sisters until further notice.

What’s your opinion? We’d like to know. Please include your thoughts below or on our Long Island Living Discussion Forum.