Foodies unite, Long Island Restaurant Week kicks off this weekend. Check out where to head 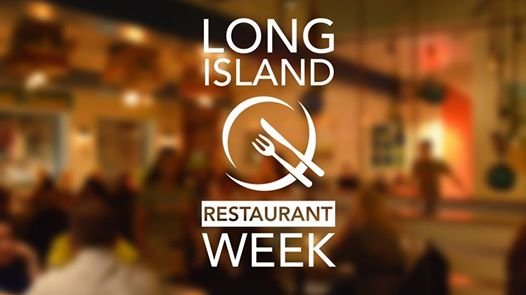 With spring in the air, its time to get out and about and celebrate with Long Island Restaurant Week. The week long dinging frenzy will kicks off Sunday, April 28, through Sunday, May 5, and will bring back the three-course prix fixe menus for just $29.95 per person. Each participating restaurant is required to offer at least three options per course (though many choose to offer even more), making sure that Restaurant Week has something for just about everyone’s tastebuds.

Participating restaurants range through both Nassau and Suffolk Counties, including both forks of the East End, and vary in cuisine. You’ll be able to pick from authentic Mexican to classic French, eclectic American to traditional Italian, and much more. Over 140 restaurants are participating in all, including Bistro 72 in Riverhead, The Blue Restaurant and Bar in Islip, City Cellar in Westbury, Volpe in Woodbury, Whalers in Baysore—and many more.

Since Long Island Restaurant Week is a highly anticipated event, reservations are recommended for all participating eateries.

For more information and to see a list of participating restaurants, visit here.