Police are canvassing the area and nearby schools have been notified to lock out and secure their buildings. 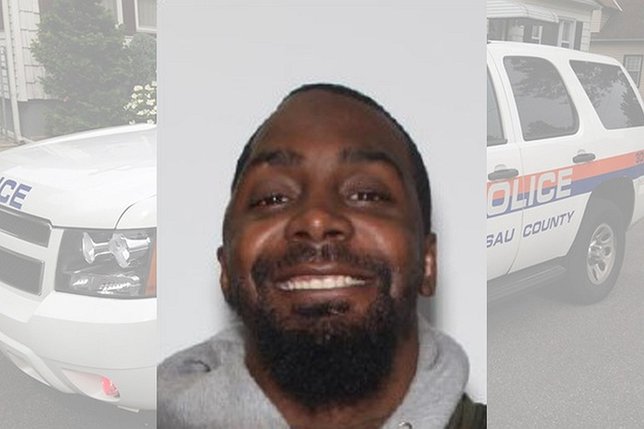 Police say that Gabriel Dewitt Wilson (pictured above) is the person of interest in a West Hempstead shooting.

*UPDATE* Nassau County Executive Laura Curran has confirmed that the suspect in this shooting incident, Gabriel Dewitt Wilson, is now in police custody.
The original article is below.
The Nassau County Police Department is investigating an incident that occurred on Tuesday, April 20, 2021 at 11:19 a.m. in West Hempstead.
According to Police, there has been an active shooter incident at the West Hempstead Stop and Shop, located at 50 Cherry Valley Avenue. Three people have been shot. A male victim, 49, has been pronounced deceased at the scene by a Police Medic. The other two gun-shot victims have been transported to an area hospital. The Nassau County Police Department is canvassing the area and nearby schools have been notified to lock out and secure their buildings.
The person of interest in this incident is Gabriel Dewitt Wilson. He is described as a male black, 6’2”, wearing a black hat, a black mask and a black sweatshirt. He was last seen heading westbound on Hempstead Turnpike.
If anyone has any information regarding this incident or the person of interest to contact the Nassau County Police Crime Stoppers at 1-800-244- TIPS or call the Fifth Squad at 516-573-6552. If anyone sees the person of interest call 911 immediately. All callers will remain anonymous.
A criminal charge is an accusation. A defendant is presumed innocent until and unless proven guilty.