Owners of Deerfield Estates Mobile Home Park Repeatedly Ignored NY Environmental Laws, Resulting in Persistent Above Ground Discharges of Sewage In Park – Including Into Areas Accessible to Children and Pets. 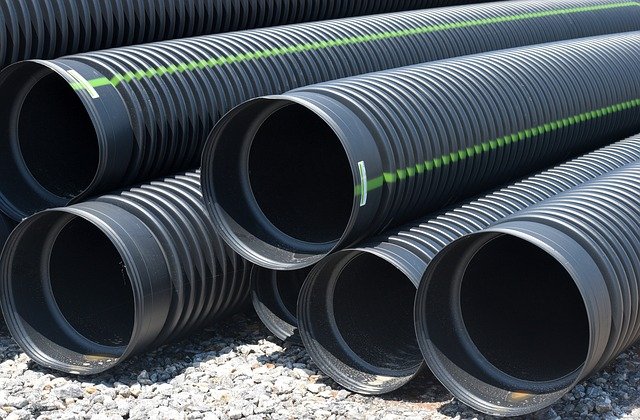 New York, NY - April 18, 2018 - Attorney General Eric T. Schneiderman today announced that his office has won a $858,000 judgment against a Fulton County mobile home park and its owner over their failure for years to adequately treat the park’s sewage. Albany Supreme Court Judge Kimberly O’Connor assessed the penalty after finding that C and J Enterprises LLC (“CJE”) and its owner, James P. Burr, repeatedly violated New York environmental laws and a consent order governing the proper treatment of sewage from the Deerfield Estates mobile home park. As a result, sewage pooled on the surface of the ground in areas in close proximity to homes, and accessible to children and pets.
“Our state’s environmental laws are designed to ensure that the health, safety, and welfare of every New Yorker is protected,” Attorney General Schneiderman said. “By allowing deplorable conditions to persist for years, the owners of Deerfield Estates mobile home park repeatedly ignored their responsibility to the law and to their residents. This penalty should serve as a warning: no one is above the law, and if you endanger the health and safety of New Yorkers, we will hold you accountable.”
A 2003 investigation by the New York State Department of Environmental Conservation (“DEC”) found a number of violations of State environmental laws at the Deerfield Estates park, including a sewage collection and treatment system that was in a state of disrepair, causing raw sewage to overflow from an underground storage tank. This overflow saturated the ground around the tank, leading to raw sewage flowing towards a park trailer, and into an area where children played and where no fence or barrier existed to prevent children and pets from coming in contact with the sewage. In response, DEC and CJE entered into two consent orders in 2003 that required the company to pay a $7,500 penalty and take action to bring the park’s sewage treatment system into compliance with the law.
Follow-up inspections by DEC and the New York State Department of Health (DOH) between 2003 and 20o8 continued to find instances of inadequately treated sewage above the ground in the park area. This led to CJE and DEC entering into a third consent order in 2008 that required the company to pay a $25,000 penalty, and take specific steps, meet specific limits, and adhere to a specific schedule in bringing the sewage treatment system into legal compliance. The order also included stipulated penalties CJE agreed to pay if the company failed to strictly and timely comply with the order.
Nonetheless, subsequent inspections of the park conducted by DEC and DOH between 2008 and 2010 found the sewage treatment system at Deerfield Estates continued to discharge inadequately treated sewage onto the ground’s surface. As a result, in 2010, the Attorney General’s Office brought suit against CJE, Burr, and a now-deceased additional owner of the company, for violating state health and environmental laws and the 2008 consent order. The suit sought statutory penalties, as well as stipulated penalties set forth in the consent order, for these violations.
Judge O’Connor’s order finds CJE and Burr personally liable for repeated violations of the Environmental Conservation Law and the 2008 consent order, ordered a $858,000 judgment to be paid by CJE and Burr, and sets a court date to consider additional statutory penalties.
Deerfield Estates mobile home park was sold by CJE in 2015 and the new owner repaired the sewage treatment system in compliance with state health and environmental law. An administrative enforcement proceeding -- brought by DEC over separate alleged violations of state law and the 2008 consent order that occurred prior to the sale and after the filing of the Attorney General’s suit in 2010 -- is currently pending before an administrative law judge.
“This decision is the culmination of years of DEC and DOH’s persistence to protect the residents of this community and our unwillingness to accept anything less than the highest health and environmental standards our agencies are sworn to uphold,” said New York State Department of Environmental Conservation Commissioner Basil Seggos. “I’m proud of the work our talented team of experts who worked with the Attorney General’s office and hope this penalty sends a loud and clear message to any who would violate New York’s environmental laws that these actions will not be tolerated and the consequences are serious.”
“People should not have to endure the unsafe and unsanitary living conditions the residents of Deerfield Estates experienced for several years,” said New York State Department of Health Commissioner Dr. Howard A. Zucker. “I commend the Department’s team of inspectors, who helped uncover these violations, and Attorney General Schneiderman for prosecuting this case.”
Attorney General Schneiderman thanks the New York State Department of Environmental Conservation and Department of Health for their assistance.
This matter was handled by Affirmative Section Chief Morgan A. Costello of the Attorney General’s Environmental Protection Bureau. The Bureau is led by Bureau Chief Lemuel M. Srolovic and is part of the Division of Social Justice, which is led by Executive Deputy Attorney General for Social Justice Matthew Colangelo.