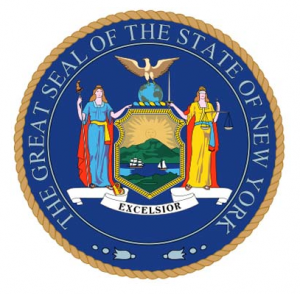 New Yok, NY - March 28, 2014 - “We can no longer afford to disregard the overwhelming evidence of climate change and the threat that it poses to our families, our communities, and our economy. It is clear that methane from the oil and gas industry contributes substantially to climate change pollution. At the same time, it is clear that well-established and cost-effective measures to control these emissions are available. I applaud President Obama for recognizing that reducing methane emissions from the oil and gas industry is a necessary part of efforts to address the threat of climate change, and for committing his Administration to a strategy to achieve these reductions in the near term. I look forward to working with the Administration as it implements its methane strategy, and to continuing the efforts of my Office to ensure that the climate change impacts of oil and natural gas operations are properly evaluated and mitigated.”
Background
In December 2012, Attorney General Schneiderman, leading a coalition of seven states, notified the federal Environmental Protection Agency of his intent to sue the agency for violating the Clean Air Act by failing to regulate methane emissions from the oil and natural gas industry. The coalition charged that because EPA has determined that methane is a powerful climate change pollutant emitted by the industry in large quantities, and because affordable methods for controlling these emission were known to be available, EPA had violated the Clean Air Act when it largely ignored methane in 2012 updates to air pollution emission standards for the industry. EPA’s decision at the time not to directly address the emissions left the vast majority of methane emissions from oil and natural gas operations – including hydrofracking – unregulated.
In addition to the citizen suit notice, the Attorney General has taken several recent actions to ensure that the impacts of natural gas and oil on climate change are adequately evaluated and addressed:
Last summer, President Obama issued a Climate Action Plan that, among other things, committed the Environmental Protection Agency and the Departments of Agriculture, Energy, Interior, Labor, and Transportation to develop a comprehensive, interagency methane strategy. The group’s charge included identifying existing legal authority to reduce methane emissions. The methane strategy announced by President Obama today is the product of that group’s work. Besides the oil and gas industries, the White House’s plan also seeks to tackle methane produced by landfills, coal mines, and the agriculture sector.