Plane designed in response to request by U.S. Air Force for an advanced interceptor to combat the Soviets. 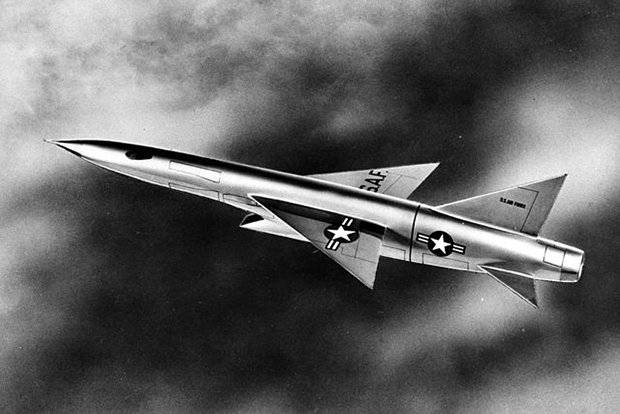 After World War II, the major threat looming on the horizon for the United States was the Soviet Union. The Cold War immediately began in the late 1940s and the Air Force was looking for superiority in the skies to battle against the Communists.

One of those programs was for an advanced supersonic interceptor to defend against the Soviet threat.

The Air Force Materiel Command History website says that in 1949, “the USAF issued a request for an advanced supersonic interceptor to equip the Air Defense Command. Known formally as Weapon System WS-201A, but better known informally as the 1954 interceptor, it called for a supersonic aircraft with all-weather capability, powerful airborne interception radar, and air-to-air missile armament. Republic was one of six companies to submit proposals.” 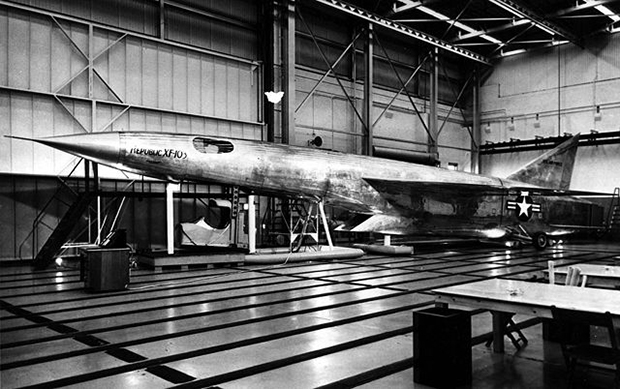 Long Island’s Republic Aircraft Corporation produced its XF-103. The company produced drawings and a mockup of the interceptor was built at the Republic factory. The XF-103 was expected to fly at speeds up to March 3. The Republic aircraft never advanced past the mockup stage.