Charles Schumacher tended the lighthouse from 1954 until 1959. 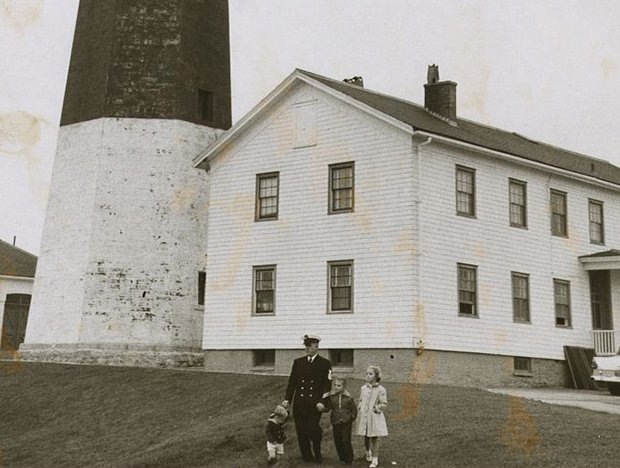 Dwarfed by the immense tower, Charles Schumacher and his children stand outside their home in a picture dated from 1956.

Unless they are of famous figures, a family photo is usually of no great historic value except possibly nostalgia but this one is a bit different. Schumacher just happened to be the keeper of one of the most famous lighthouses in America - The Montauk Lighthouse. The photo - taken by Roger Higgins for the World Telegram & Sun - is breathtaking.

Schumacher tended the lighthouse from 1954 to 1959. In the photo he stands at the foot of the lighthouse that was originally constructed by order of President George Washington. The family is dwarfed by the lighthouse, immense in both history and in sheer size. 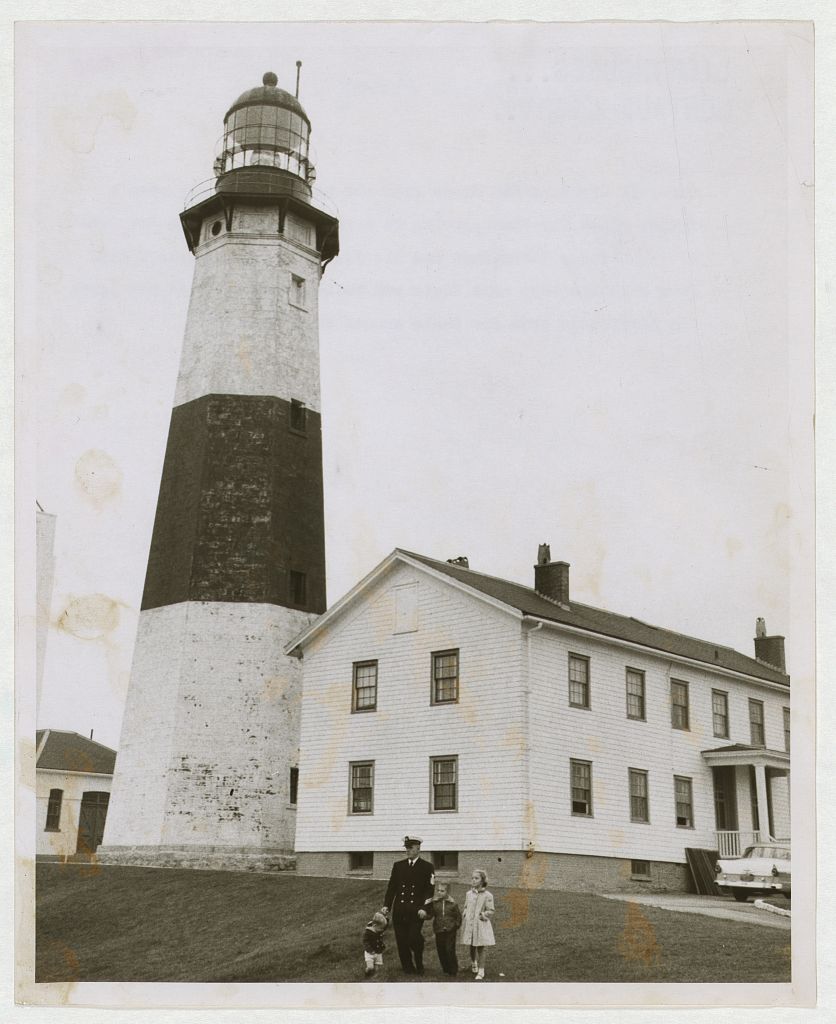