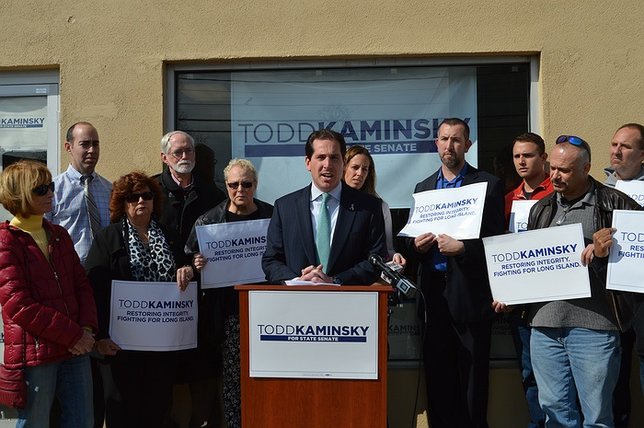 The ad, which will run on cable stations across the South Shore, features Kaminsky and local residents speaking about how he has helped their lives and delivered for South Shore communities.

The ad specifically references Kaminsky’s efforts during the recent state budget process to secure a $1billion dollar tax cut for middle-class families and nearly $20million in additional funding for school districts in Southwest Nassau County thanks to his work to eliminate the Gap Elimination Adjustment (GEA).

The ad further features Kaminsky's work as a former prosecutor in the federal government’s local public corruption unit, where he won big cases against corrupt Democrats and Republicans before his election to the State Assembly where he continued to fight against corruption, passing ethics reforms to hold Albany lawmakers accountable.

After releasing the ad, Kaminsky said: "I’m the only candidate in the race that has an actual record of rooting out corruption, securing record funding for South Shore school districts and delivering tax relief for middle-class families and Sandy victims.