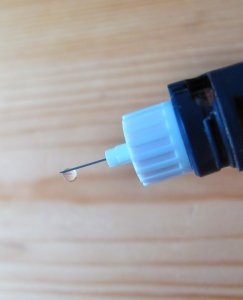 Senator LaValle said, “ The increase in heroin use has reached alarming levels and we need to take action to address this critical situation.  A broad-based East End approach will help us to identify areas where we can be productive in combating the scourge of heroin and other opiates.  The initial meeting will be the first in a series that will assist us in determining the types of resources that are needed on the East End.”

East End Towns and Villages are protected by local police and issues are adjudicated by their local court systems.  The uniqueness of these municipalities necessitates the focused approach that will be provided by the H.A.L.T. task force.

Assemblyman Fred W. Thiele, Jr. noted, “The widespread use of, and addiction to heroin and other narcotics and opioids on the East End is extremely alarming. Individuals, families and entire communities have been turned upside-down. We must stand up and start to do more to address this crisis. I look forward to working with Senator LaValle, Assemblyman Palumbo and the entire East End community to address the need for additional treatment and prevention options.”

“The time has come for a targeted approach and bold initiatives in New York’s fight against the opiate epidemic”, stated Assemblyman Anthony H. Palumbo.  “I look forward to joining with Senator LaValle, Assemblyman Thiele and other members of this task force to formulate a hard-hitting action plan to deal with the heroin epidemic.”  “As a former narcotics prosecutor in the Suffolk County DA’s office, I have seen first hand the devastation that drug abuse reaps upon the lives of those affected.  Drug addiction is often a catalyst for the commission of violent crimes, up to and including murder.  This is an issue that ripples into the greater community, and it is critical for us to meaningfully address it in the form of real solutions that will be proffered by this Task Force.”

The intent of H.A.L.T. is to involve every level of stakeholder from the East End and formulate a comprehensive plan to help combat the heroin issue.  Town Supervisors, Village Mayors, Town & Village Justices and Enforcement representatives will be invited to attend the initial round table discussion.  Subsequent meetings will include counselors, treatment groups and other providers to obtain different viewpoints for inclusion into the solution.   The desired result is the formulation of a thorough plan that will attack the abuse and provide necessary treatment services with a wide combination of approaches.