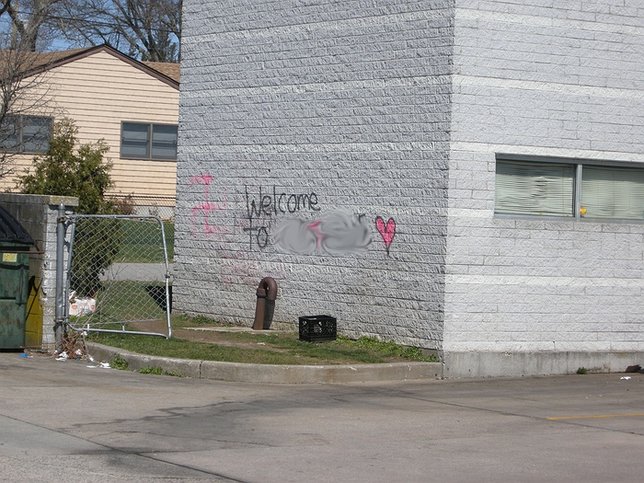 Based on information provided by Sixth Precinct Police Officer Keith Murphy, Hate Crimes Unit detectives arrested a 17-year-old Farmingville female for spray painting a swastika and bias graffiti on the outside of Corner Deli and Café, located at 711 Horseblock Road, sometime between April 3 and April 4.
The teen, who was charged with Making Graffiti, was released on a field appearance ticket and will be arraigned at a later date.
A criminal charge is an accusation. A defendant is presumed innocent until and unless proven guilty.

A swastika and bias graffiti were spray-painted on the outside of Corner Deli and Café, located at 711 Horseblock Road between April 3 at 10:30 p.m. and April 4 at 12:45 p.m.

All calls will be kept confidential.