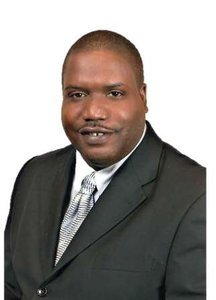 Long Island, New York - April 13, 2015 - Long Island African American Chamber of Commerce, Inc.’s President Phil Andrews featured in book Achievements and Legacies of Famous African Americans Vol. 1: Revised Edition.  Achievements & Legacies of Famous African Americans Volume 1 chronicles history of African Americans, and preserves the legacy of African Americans global accomplishments by showing and telling of the many doors that were opened through persistence, determination, talent, genius, fortitude and strength.
“The collection of T. L. Allen’s books on the achievements of Blacks in America taught me about the triumphs of so many untold heroes of Black in America. It is inspiring to know that many families will benefit from the comprehensive research that T. L. Allen performed to put together a work of this magnitude for the world to view”. Reviewed by C.J. Wilson
“As a parent, I am was thrilled to add T. L. Allen’s Commemorative Edition Series to my home’s library, as much of the history of African Americans is not taught in the schools” The author did a great, thorough documenting a long list of remarkable achievements that will help young people develop a sound foundation and respect for the achievement of their forefathers”. Reviewed by Linda Taliaferro
"These books are definitive guides of the African American experience in America across a wide spectrum of fields. The books are refreshing with stories of the academic achievement, life experiences, and the impact on the history of Blacks in America. Schools and Libraries across the country have given these books excellent reviews." Phil Andrews, President, Long Island African American Chamber of Commerce, Inc./Past President, 100 Black Men of Long Island, Inc.
About: Phil Andrews is the current President of the Long Island African American Chamber of Commerce, Inc. and the Past President of the 100 Black Men of Long Island, Inc. He is the Founder of P.A. Public Relations Co.; Phil serves as Public Relations Director.  Prior to beginning his career in Public Relations, Phil was the Vice President of the Haircut Hut franchise. Phil has received many proclamations from notable political officials including former Nassau County Executive Thomas S. Gullotta, Nassau County Executive Ed Mangano and Assembly-woman Earlene Hooper Hill, 18th Assembly District of New York. In 2010, Phil was honored for 50 or So Around 50 by Long Island Business News.
In 2011, Phil was honored by the Korean American Association of Greater New York (KAAGNY) with the “Good Neighbor Award”. Phil's work has been featured in multi-platform publications including Black Star News, The New York Beacon, Amsterdam News, Minority Business Review, The Network Journal and more.
He’s also featured in “15 Years of Minority Business Development” a book published by Mr. Robert Adams.  Phil is listed in Who’s Who in Black America and the International Who’s Who. Phil has served on several Board of Directors including the Roosevelt Chamber of Commerce, Roosevelt Kiwanis, Hempstead Chamber of Commerce, Bronx Hispanic Chamber of Commerce Chamber of Commerce, and Dollicia F. Holloway Foundation.
To view or purchase T. L. Allen's Commemorative Edition of  Books log on to Amazon. To order wholesale please contact Baker & Taylor, Ingram, NACSCORP for ordering information.