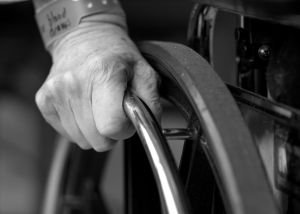 Hauppauge, New York - April 11, 2014 - Attorney General Eric Schneiderman today announced that a certified nurse’s aide, who was employed at the now-closed John J. Foley Skilled Nursing Facility in Suffolk County, was arrested and charged with endangering and neglecting a nursing home resident. The patient, a 57-year-old quadriplegic, suffered a serious head injury after the aide, Jolly Stewart, attempted to move her from a wheelchair to a bed using a mechanical lift, but without seeking help in the transfer. The patient’s care plan specifically required two staff members to move the resident. In an alleged attempt to cover up the crime, Stewart then also failed to get help for her injured patient.

“Short-circuiting a patient care plan puts patients in physical danger and is a crime,” Attorney General Schneiderman said. “My office takes these cases extremely seriously and will seek justice for the victim and the victim’s loved ones.”

Stewart, of Middle Island, was arrested and arraigned on Thursday, in Suffolk County District Court, on two felony counts of Falsifying Business Records in the First Degree, and misdemeanor charges of Wilful Violation of Health Laws and Endangering the Welfare of An Incompetent or Physically Disabled Person. If convicted, Stewart faces up to 4 years in prison.

Patients in nursing homes are provided with individual care plans to ensure their health and safety. Care plans include specific directions to staff about patient care. For example, when a patient’s mobility is severely limited, the care plan may direct that two staff members must be present when moving the patient from a wheelchair to a bed with the assistance of a mechanical patient lift.

According to a criminal complaint filed in this case, the patient suffered from quadriplegia, among other conditions, that rendered her unable to care for herself. On the morning of August 23, 2012, Stewart improperly transferred the patient using a mechanical patient lift without the assistance of another staff member. During the transfer, the patient fell to the floor and sustained an approximately five-inch long laceration to the head, a fractured knee and bruising to her heel and buttocks area.

The charges lodged against Stewart are accusations, and the defendant is presumed innocent until and unless proven guilty in a court of law.

Attorney General Schneiderman thanks the New York State Health Department for referring the matter to his office and commended the administration and staff of the nursing home for their cooperation and assistance in the investigation.