Catch a Live Show at Jones Beach Theatre This Season

From The Who to Dave Matthews Band, check out who to catch live at Jones Beach Theater in 2019 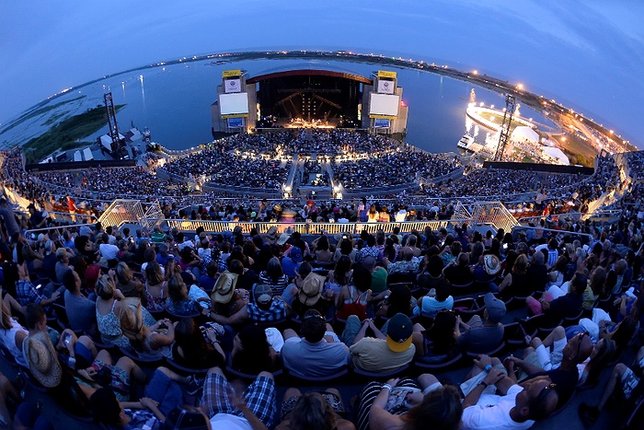 Rock & Roll Hall of Famer Bob Seger and his Silver Bullet Band are bringing their farewell "Roll Me Away Tour," to the Jones Beach Theater this spring. The band, which formed in 1974, kicked off the tour last fall and has already performed 22 sold out shows.

Luke Bryan will bring his "Sunset Repeat Tour" to Jones Beach Theater to kick off Live Nation’s 2019 Country Megaticket package, a five-show ticket package that includes this concert and four others at the amphitheater. Opening acts include Cole Swindle and Jon Langston.

The Dave Matthews Band will make its annual stop at Jones Beach Theater in mid-July. Be sure to arrive early for the best tailgating spot!

Florida Georgia Line will bring its "Can't Say I Ain't Country" tour to Jones Beach as the second act on the 2019 Country Megaticket. Opening acts include Morgan Wallen and duo Dan + Shay.

Kidz Bop will be back at Jones Beach this summer for another live show, performing kid-friendly versions of pop radio hits.

The Dirty Heads and 311 are bringing their joint summer tour to Jones Beach with special guests The Interrupters, Dreamers and Bikini Trill.

Rappers Nelly and Flo Rida, and the two surviving members of TLC, are kicking off the month of August with a joint nostalgia-fueled Set For Summer Tour.

Dierks Bentley, the third 2019 Country Megaticket headliner, will bring his “Burning Man Tour” to Jones Beach, with Jon Pardi and Tenille Townes also on the bill.

Jimmy Buffett and his Coral Reefer Band will return to Jones Beach this summer as part of Buffett's "Son of a Son of a Sailor 2019 Tour.” Arrive early for some of the best tailgating of the season!

Long Island’s very own Jon Bellion, who hails from Lake Grove, will bring the penultimate show of his summer “Glory Sound Prep Tour” to Jones Beach.

The country rockers of the Zac Brown Band will be bringing their summer "Owl Tour" to Jones Beach for two nights this summer. Tickets for the second night are already sold out.

Rock bands Live and Bush are celebrating the 25th anniversary of their respective breakthrough albums with a joint tour. Our Lady Peace will open the show.

Jason Aldean will wrap up the final night of the Country Megaticket with his "Ride All Night Tour," with special guests Kane Brown and Carly Pearce.

The Who's surviving members, Roger Daltrey and Pete Townshend, have reunited for their "Moving On! Tour." The tour, which kicks off this spring, marks their first return to the States since completing their Las Vegas residency in 2017.