Surface-to-air weaponry is nothing new, but the Navy wants to take a very futuristic approach to its arsenal. 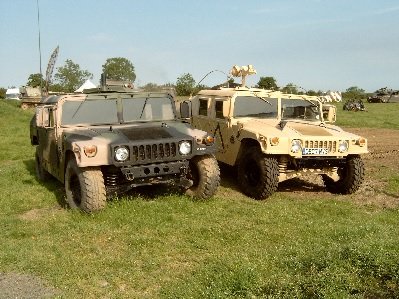 America’s Navy is no stranger to lasers—it has been working to create laser guns that can be mounted on its ships for some time—but now it wants to expand the role of these weapons which once existed purely within the realm of Science Fiction.

The Office of Naval Research has announced a special program, name the GBAD DE OTM (Ground-Based Air Defense Directed Energy On-The-Move) to attract designers who can create a laser or components for one that can be mounted on land vehicles. The Navy’s primary concern in creating this new weapon is to have an answer for new aerial threats, specifically unmanned drones. Discussion of drones has largely been a matter of how the US military uses them to this point, but the Navy feels they will become more prevalent among other countries in the coming years.

Firms which show promise in developing lasers could qualify for up to $400,000 in funding for their ideas if submitted by April 26th, but the definition of “promise” is a fairly stringent one. In order to make this venture practical, the Navy wants to create lasers which weigh less than 2,000 pounds, can fit entirely into a Humvee’s cargo hold, pump out a minimum 25 kilowatt beam for a duration for two whole minutes, and recharge to 80% power after only 20 minutes. Accomplishing all that in one package is no small feat, though four companies to date evidently believe they are up to the challenge.

If the program is successful, its results could join other naval lasers in the near future. The Navy’s chief of research stated in October that lasers may be ready to mount on ships by the end of 2014.