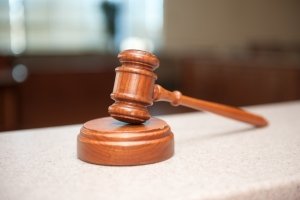 Suffolk County, NY - March 27, 2015 - An indictment was unsealed today in United States District Court for the Eastern District of New York charging Jerry Campora, Jr., a resident of Setauket, New York, with eight counts of mail fraud. Campora was arraigned this afternoon before United States District Judge Joanna Seybert at the federal courthouse in Central Islip. He was released on a $50,000 bond and ordered not to file any liens or affidavits in other jurisdictions without the prior approval of the court.
The charges were announced by Loretta E. Lynch, United States Attorney for the Eastern District of New York, and Diego G. Rodriguez, Assistant Director-in-Charge, Federal Bureau of Investigation, New York Field Office (FBI).
According to the indictment and related court proceedings, beginning in 2010, Campora was named as a defendant in a foreclosure action in Suffolk County Supreme Court, due to his failure to pay the mortgage on his house located in Seatauket, New York. Campora represented himself in the foreclosure action and, after several of Campora’s pro se motions were dismissed, his house was ordered to be sold at auction. Thereafter, in October and November of 2013, in retaliation for the adverse decision in the foreclosure action, Campora filed fraudulent affidavits and liens through the mail with the Lamar County Superior Court Clerk’s Office in Barnesville, Georgia, against three Suffolk County state court judges and one private attorney appointed by the court to serve as a referee in Campora’s foreclosure action. The affidavits purported to confer legal rights upon Campora against the victims and also claimed that the victims admitted to having illegally violated Campora’s rights. Campora then cited these fraudulent affidavits as serving as a legal basis to further file false liens with the Lamar County Superior Clerk’s Office against each of the four victims in an amount in excess of $1,500,000.
“We will continue to aggressively identify and pursue those who would manipulate the judicial system through private vendettas in the hope of causing financial hardship to public servants with whom they disagree,” stated Unites States Attorney Lynch. Ms. Lynch extended her grateful appreciation to the New York State Court System for its assistance and cooperation in this investigation.
FBI Assistant Director-in-Charge Rodriguez stated, “Mr. Campora allegedly used the legal system to retaliate against Suffolk County Court judges who had ordered a foreclosure action on his house. Vendettas against members of the judiciary have no place in our legal system.”
The charges in the indictment are merely allegations, and the defendant is presumed innocent unless and until proven guilty. If convicted, Campora faces a statutory maximum sentence of 30 years in prison and a fine of up to $1,000,000 on each of the eight counts.
The government’s case is being prosecuted by Assistant United States Attorney Raymond A. Tierney.
The Defendant:

Photo by creationc via FreeImages