A fake check at a bank led police to two people in possession of forged instruments. 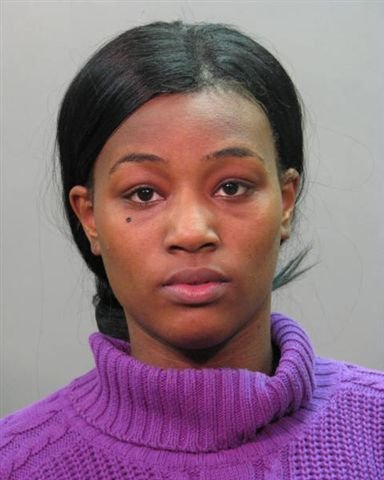 Floral Park, NY - February 5, 2014 - The Nassau County Crimes Against Property Squad reports two arrests for Possession of a Forge Instrument on Wednesday, February 05, 2014 at 1:38 P.M. in Floral Park.
According to detectives, Floral Park Police were called to TD Bank located at 372 Jericho Turnpike for a person attempting to cash a fraudulent check.  After an investigation it was determined that Aaliyah Alder, 18, of 607 E. 139th Street Apt. 1D, Bronx, was in possession of a fraudulent check and a fraudulent Green Dot MasterCard.  During the investigation, Matthew Rosado, 22, of 503 River Wind Road Apt. 503, Clarksville, Virginia, was observed acting suspiciously by Officers at scene. He used a Green Dot Visa card and his license as identify himself to Officers.  The Visa card was found to be fraudulent.  Both suspects were arrested at scene without incident.
Alder is charged with two counts of Possession of a Forged Instrument 2nd degree. Rosado is charged with Possession of a Forged Instrument 2nd degree.  They will be arraigned on Thursday, February 6, 2014 at First District Court in Hempstead.