Settlement with Menacola Marketing Bars Company’s Owners from Fundraising for Any Charity; Requires them to Pay $100,000 to Reputable Charities Supporting Veterans. 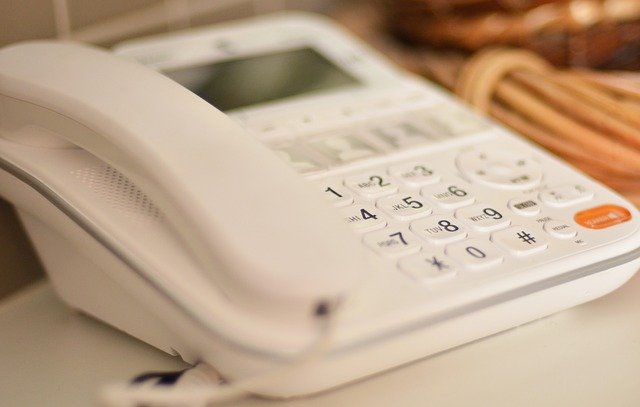 Brooklyn, NY - March 26, 2018 - Attorney General Eric T. Schneiderman today announced that his office reached a settlement that shuts down Menacola Marketing, Inc., a telemarketing company that solicited on behalf of the National Vietnam Veterans Foundation (NVVF) – a sham charity previously shut down by the Attorney General – and other shell charities that exploited popular causes in order to line fundraisers’ pockets. The Attorney General shut down NVVF in 2016 after an investigation by his Charities Bureau revealed that NVVF raised millions of dollars through deceptive solicitations while providing almost no help to veterans. Today’s settlement is part of the Attorney General’s Operation Bottomfeeder, which has previously shut down other shell charities, such as the Breast Cancer Survivors Foundation.
Under this settlement, Menacola will dissolve and its principals, Joseph and Katherine DeGregorio, are permanently barred from fundraising for charity. The DeGregorios will also pay $100,000, which will be distributed to reputable charities supporting veterans.
“We have zero tolerance for shell charities that shamelessly exploit our veterans and other New Yorkers in need in order to line fundraisers’ pockets. New Yorkers should be able to donate with confidence and know that their money will actually support the causes advertised,” said Attorney General Eric Schneiderman. “Through our Operation Bottomfeeder, we’ll continue to aggressively pursue both bogus charities and the professional fundraisers who take advantage of New Yorkers’ good will.”
Click here to read the settlement agreement.
From 2010 to 2016, Menacola raised nearly $190,000 from New Yorkers for NVVF, using paid solicitors who made telemarketing calls from phone rooms in Brooklyn. For some calls, Menacola callers said they were fundraising for “NVVF.” At other times, the callers used an alternative name, “American Veterans Support Foundation,” claiming that it was a “special project” of NVVF. The investigation found that there was no such special project, and that the use of two names was just a way to raise more money. Menacola’s callers also told potential donors that their donations would be used to pay for help for veterans, including personal care packages, guide books of essential services, donations to food pantries, and transportation to and from medical appointments. In fact, 85 percent of the money raised went to Menacola, and an additional 4 percent went to companies controlled by Mark Gelvan, a New Jersey-based fundraiser who is banned from fundraising in New York. The little that went to the charity was squandered by abuse and mismanagement.
The Attorney General’s investigation found that Menacola took no steps to verify the claims that its callers made about NVVF. In fact, in its fundraising for NVVF, Menacola used scripts provided by Gelvan, whom Menacola knew was banned from fundraising in New York because of prior fraud. New York law prohibits fundraisers from making false statements to raise money on behalf of charities.
This settlement is part of the Attorney General’s Operation Bottomfeeder, which addresses fraud networks of shell charities, abusive professional fundraisers, and accountants and other professionals who knowingly aid and assist their activities. Menacola also raised money for other Bottomfeeder charities, including the Breast Cancer Survivors Foundation, which the Attorney General shut down in 2017, and Cancer Fund of America, which was shut down in 2016 after a landmark suit filed by all 50 states, the District of Columbia, and the Federal Trade Commission. In November 2017, the Attorney General joined 24 other AGs in shutting down VietNow National Headquarters, Inc., which used deceptive telemarketing solicitations falsely claiming the charity funded services, medical facilities, and treatment for veterans, while only sending 5 percent of donations to charitable programs.
More information about the Attorney General’s Charities Bureau and organizations regulated by the Bureau may be found at www.charitiesnys.com.
The investigation was handled by Co-Chief of the Charities Bureau Enforcement Section Assistant Attorney General Yael Fuchs, Assistant Attorney General Peggy Farber, and former Assistant Attorney General Elizabeth Ann Fitzwater, with the assistance of Investigator Ismael Hernandez and Legal Assistant Carolyn Fleishman. The Charities Bureau is led by Bureau Chief James Sheehan and Deputy Bureau Chief Karin Kunstler Goldman. Matthew Colangelo is Executive Deputy Attorney General for Social Justice.