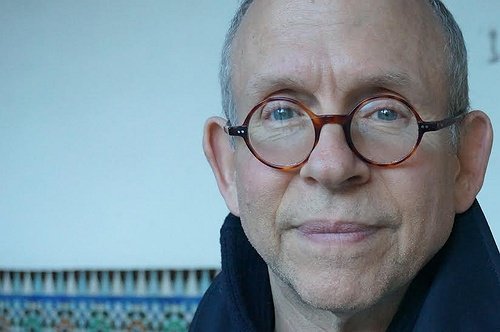 Sag Harbor, NY - March 25, 2015 -  Bay Street Theater & Sag Harbor Center for the Arts is pleased to announce Curtain Up!, Bay Street’s 4th Annual Spring Benefit honoring Patty and Jay Baker, and Barbara Slifka at Joe’s Pub in New York City on May 4. The theater’s fourth honors event will be hosted by Bay Street’s Artistic Director, Scott Schwartz.
The Spring Honors Benefit will feature a preview of the exciting 2015 summer Mainstage Season, featuring presentations and performances by some of the stars and creators of the new productions, including the World Premiere of THE NEW SINCERITY, a comedy by Alena Smith, to be directed by Bob Balaban; as well as GREY GARDENS, THE MUSICAL, the book by Doug Wright, music by Scott Frankel, lyrics by Michael Korie, and directed by Michael Wilson.
The evening begins with a cocktail reception at 6 pm, followed by the show beginning promptly at 7 pm. The program includes a tribute to the honorees as well as a sampling from each of the productions with some of the artists involved. The honorees, Patty & Jay Baker, and Barbara Slifka, join BST’s acclaimed past honorees including Joy Behar, David Bray, Adrianne Cohen, Ana Daniel, John Downing, and Bonnie Comley & Stewart Lane, to name a few.
“Our honorees truly represent the best of what it means to be supporters of the arts,” says Tracy Mitchell, Executive Director of Bay Street Theater, “and we look forward to toasting them at this fun event in New York City.”
Tickets for this special evening to benefit Bay Street Theater’s theatrical and educational programs range from $3,000 for VIP Tables to $150 for bar seating. To reserve VIP tables, please contact Kim Fink or Lorien Reese at 631.725.0818 or tickets may be purchased online at baystreet.org. The evening is sponsored by Harbor’s Edge Condominiums and Hamptons Magazine.
Bay Street Theater is a tax-exempt 501c (3) organization and donations are deductible as defined by IRS regulations.
Bay Street Theater & Sag Harbor Center for the Arts is a year-round, not-for-profit professional theater and community cultural center which endeavors to innovate, educate, and entertain a diverse community through the practice of the performing arts. We serve as a social and cultural gathering place, an educational resource, and a home for a community of artists.