Measure Would Extend Period for Background Check to be Completed to 10 Days Before a Gun Purchase Can Be Authorized. 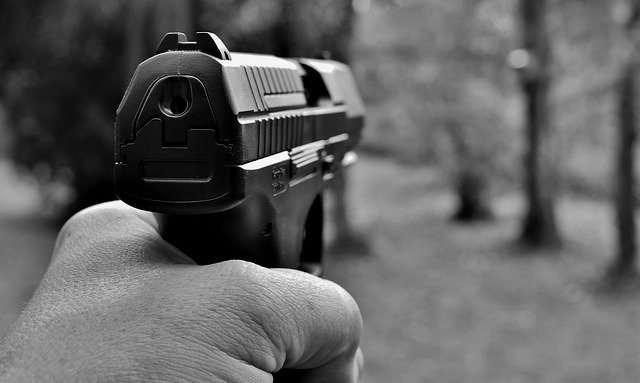 New York, NY - March 19, 2018 - Senator Michael Gianaris called on Senate Republicans to support inclusion of his Effective Background Checks Act in the 2018-19 New York State Budget. The proposal would extend the time for a background check to be completed from the current three days to 10 before a firearm can be transferred without a background check. The state budget deadline is April 1.
“More responsible gun laws will make our communities safer, keep firearms away from dangerous people and ensure preventable tragedies do not happen,” said Senator Michael Gianaris. “My Effective Background Checks Act has now been endorsed by the Senate Democratic Conference, the Assembly Majority, and the Governor. It is time for Senate Republicans to get on board and include this common sense idea in the state budget.”
Earlier this month, Senate Republicans blocked an effort by Senator Gianaris and Senate Democrats to pass several gun safety proposals, including the Effective Background Checks Act. This legislation would close the “Charleston Loophole” in New York - where a prospective gun purchaser can buy a firearm in three days, whether or not a  background check has been completed. That provision was what allowed Dylann Roof, who killed nine people in the Emanuel AME Zion church in Charleston, South Carolina, to buy his firearm.
Currently, there is a three-day waiting period for a background check to be completed before a seller can transfer a firearm to a purchaser. If the check is not completed in that time, the firearm may be sold without a background check at all. Over 300,000 background checks were not concluded in the three-day period in 2016 alone. Senator Gianaris’ proposal would extend the waiting period to 10 days so that proper background checks could be completed in all cases.
Senator Gianaris’ bill would also require firearms dealers report to the police any attempts to make illegal gun purchases and would require employees of gun manufacturers and dealers to also undergo background checks.