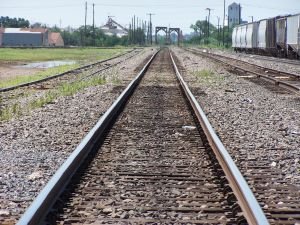 Washington, DC - March 18, 2014 - U.S. Senator Charles E. Schumer today urged the Federal Railroad Administration (FRA) to begin a formal examination of the Long Island Rail Road’s (LIRR) overall safety regime.  His call is being spurred by last week's report from "Operation Deep Dive" - a 60-day investigation into Metro-North, conducted by the federal government in the wake of four serious and deadly accidents. The report revealed a deep and widespread lack of concern for safety procedures at Metro-North and Schumer is seeking to ensure that these problems have not also spread to the LIRR, MTA's other, larger commuter railroad.  Schumer said that the FRA, using some of the additional resources provided in the recently passed appropriations bills, needs to make sure that the lack of a "culture of safety" revealed by the report has not also spread to the Long Island Railroad.

"The FRA clearly found something rotten at Metro-North, and we need to make sure that rot hasn't spread to the LIRR," said Schumer.  "We got the FRA the resources it needs to do investigations like this in the last budget bill, and now it's time for the FRA to step up to the plate and make sure Metro-North's sister railroad does not have the same safety problems.  Before its recent spate of back to back to back to back accidents, Metro-North had a top-notch safety record, and we want to catch any mistakes the LIRR is making before it's too late."
“Riders are understandably concerned about their safety while traveling on the LIRR. Over the past year, derailments and other incidents on the Rail Road are reminders of the need to continually focus on the safety of the LIRR's operation. The Long Island Rail Road Commuter Council welcomes any assistance that Senator Schumer can provide in having the Federal Railroad Administration assess the safety-related operations and procedures on the Long Island Rail Road. Their outside perspective can clearly be valuable in identifying concerns and developing corrective actions before accidents occur and not wait to cure problems until after serious injuries occur. Senator Schumer has been a leader when it comes to looking out for the interests of LIRR commuters and we hope his call for proactive safety testing will be heeded,” said Mark Epstein, Chair of LIRRCC.
The FRA’s report, “Operation Deep Dive,” highlighted a number of issues surrounding Metro-North. First, the FRA found that Metro-North was not providing adequate training to track inspectors, engineers, conductors and maintenance workers to comply with safety mandates. Second, the report found that many supervisors do not follow the industry-standard of conducting at least one face-to-face meeting annually with each engineer and conductor; the Metro-North also does not train any of its testing officers on how to conduct the operational testing. Third, the FRA found that maintenance workers were being pushed into long overtime schedules, increasing the likelihood of fatigue. The report also found that there is no single department or office that advocates for safety. Lastly, the FRA report said that Metro-North prioritized on-time performance over safety.
A number of safety concerns along the LIRR have recently come to light. Earlier this month, a LIRR track worker was injured after falling and coming in contact with the third rail along the Babylon line. According to published reports, 884 LIRR workers were suspended and 12 were fired between 2009 and mid-2013. Highlights of their report include: in 2010 a train derailed at Atlantic Terminal after the engineer passed the stop signal and ran over the wrong switch; and an engineer was found playing video games in the train’s cab.
In the recently passed appropriations bill, Schumer was successful in increasing the funding for the FRA by millions of dollars, so they could increase their safety oversight of the nation's railroads and tracks. Schumer today urged the FRA to use their newly acquired investigators to examine the LIRR’s safety procedures and practices.
Schumer noted that the MTA has already moved forward with some safety initiatives along the LIRR. For example, the MTA installed speed-control technology on ten major curves throughout the LIRR and Metro-North. Although this is a good step, Schumer today explained that a thorough examination by the FRA might point to additionally needed safety measures.