As reflected by the entries in DEC's Angler Achievement Awards Program, 2016 was another exceptional year for anglers fishing the freshwaters of New York State. 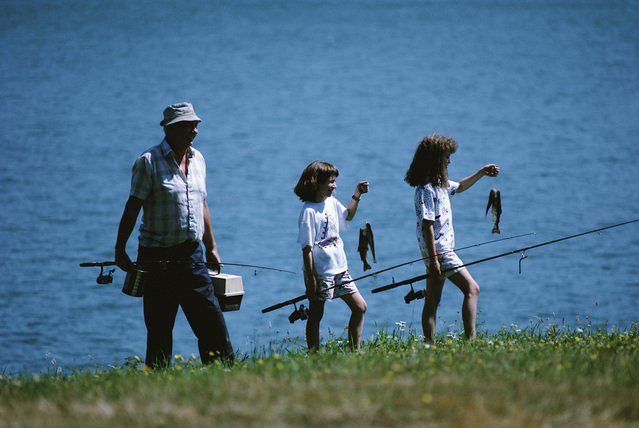 Albany, NY - March 16, 2017 - As reflected by the entries in the State Department of Environmental Conservation's (DEC's) Angler Achievement Awards Program, 2016 was another exceptional year for anglers fishing the freshwaters of New York State, DEC Commissioner Basil Seggos announced today. In 2016, more than 130 entries were submitted into the program. Largemouth bass and smallmouth bass, New York's most popular sportfish species, made up more than half of the entries in the Catch and Release category. Thirty-nine of New York's 62 counties were represented in entries submitted last year- an example of the great fishing opportunities that exist throughout the state.

"Few states can compete with New York in terms of the quality and diversity of fish found in our waters, and I am pleased that we can acknowledge the achievements of these skillful anglers," said DEC Commissioner Basil Seggos. "The fact that more than 75 percent of the fish entered into the program were caught and subsequently released is particularly noteworthy and reflective of the stewardship ethic of our anglers."

The top five counties that were represented in 2016 were Suffolk, Warren, Onondaga, Essex and Chautauqua Counties. Two state records were either established or tied in 2016. A new state record freshwater drum was caught by Amelia Whalen from Lake Champlain on June 4, 2016. Her record-breaking fish weighed 29 lbs. 14 oz. In a rare occurrence, Patrick Hildenbrand captured a smallmouth bass that tied the state record established twenty one years ago in Lake Erie. The 8 lb. 4 oz. pot-bellied fish was caught from the St. Lawrence River on August 28, 2016. Other notable catches include an impressive 30 lb. 1 oz. tiger muskellunge caught from Lake Como (Cayuga County), a 35½ inch steelhead caught from the Salmon River (Oswego County), and a 38¼ inch lake trout caught and released from Lake Erie (Chautauqua County).

Further information about the Angler Achievement Awards Program, including a downloadable application form and photo slideshow of fish entered can be found at DEC's website. Full program details and an entry form can also be found in DEC's current Freshwater Fishing Regulations Guide. For additional information on the Angler Achievement Awards Program contact (518) 402-8891 or email.