The Metropolitan Transportation Authority (MTA) today announced that it has awarded a contract to GCT Constructors, JV, a joint venture consisting of Schiavone Construction Co. and John P. Picone Inc., to build the future Long ... 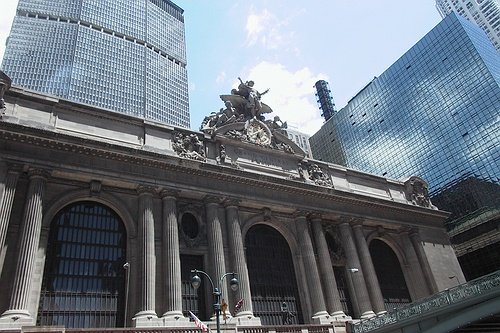 Long Island, NY - February 5, 2015 - The Metropolitan Transportation Authority (MTA) today announced that it has awarded a contract to GCT Constructors, JV, a joint venture consisting of Schiavone Construction Co. and John P. Picone Inc., to build the future Long Island Rail Road concourse at Grand Central Terminal. The $404.8 million dollar contract, which with options could increase to a total of $428.9 million, was awarded after a competitive request for proposal process that drew nine other firms.

Funding for this Contract will come from a Federal Grant through the Federal Transit Administration and MTA local funds.

Under the contract, workers will build the architectural, structural, mechanical and electrical facilities, escalators and elevators, that will comprise the future LIRR 375,000 square-foot passenger train concourse and related ventilation plants at 44th and 50th Streets.

The contract includes major civil work to create passenger connections from the new LIRR Concourse up to Grand Central’s Lower Level Dining Concourse, Grand Central’s Biltmore Room on the Upper Level, the 47th Street Cross Passageway, and the 45th Street cross passageway. For the first time since construction activities began, work at the landmark station will be proceeding in view of the public.

“Up to this point, East Side Access work at Grand Central Terminal has been largely unseen by the public. This contract finally brings the construction from 140 feet below-ground up to the dining concourse at GCT and in other places where the public will finally start to see what’s been going on right underneath their feet,” said Dr. Michael Horodniceanu, President, MTA Capital Construction.

The contract also requires mechanical and electrical fit-out of ventilation buildings at 44th and 50th Streets, including installation of eight large fans as well as associated system equipment. The ventilation building structures have been built as part of prior contracts.

“This world class project will be an economic game-changer for New York City and Long Island. There is no other transit infrastructure project in the United States that is as complex as East Side Access or carries as much economic promise for the region it will serve,” said MTA Chairman and CEO Thomas F. Prendergast.

The East Side Access project will bring trains from all 11 branches of the Long Island Rail Road into a new terminal being built beneath Grand Central Terminal. The new connection will increase the LIRR’s capacity into Manhattan, and dramatically shorten travel time for Long Island and eastern Queens commuters traveling to the east side of Manhattan. It will also provide easier access to JFK airport from Grand Central Terminal by bringing customers to Jamaica Station, where they can transfer to the AirTrain.