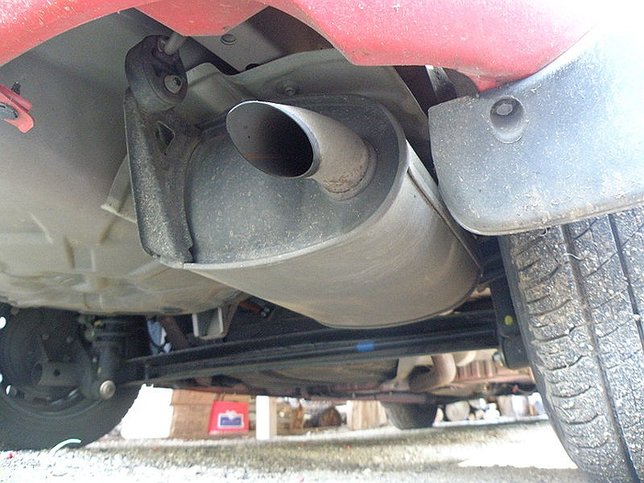 AGs: Reconsidering standards represents a wrong turn in nation's effort to fight air pollution and protect public health - and we will oppose it.

The coalition, which includes the attorneys general of New York, Maine, Maryland, Massachusetts, Oregon, Rhode Island, Vermont, and Washington, as well as the Commonwealth of Pennsylvania’s Department of Environmental Protection, issued the following joint statement today:

“President Trump’s action represents a dramatic wrong turn in our nation’s efforts to fight air pollution from passenger cars and trucks, and protect the health of our children, seniors, and all communities.

Weakening these commonsense standards would undermine successful efforts to combat the pollution emitted by vehicles - emissions that cause widespread, substantial harm to public health and are one of the largest sources of climate change pollution. An extensive technical study by the Environmental Protection Agency already found that the standards are fully and economically achievable by the auto industry. Relaxing them would increase the air pollution that is responsible for premature death, asthma, and more – particularly in our most vulnerable communities.

We will vigorously oppose attempts by the Trump Administration to weaken our vehicle emission policies and put our public health at risk, and we won’t hesitate to stand up for the right of our states to adopt stricter pollution standards that provide critical protections to the health of our residents and our environmental resources.”

New York Attorney General Schneiderman also announced that he will file a motion to intervene in support of the current vehicle emission standards in the U.S. Court of Appeals for the D.C. Circuit, where the Alliance of Automobile Manufacturers filed suit against the standards on Monday. Yesterday, California also moved to intervene in the case.

Because motor vehicles emit a variety of air pollutants harmful to human health and the environment and are a significant source of air pollution, Section 202 of the Clean Air Act requires EPA to establish national emission standards for new motor vehicles. Section 209 of the Act authorizes the State of California to adopt emission standards that are generally more stringent than the federal standards, and Section 177 of the Act authorizes other states to adopt those same standards for new motor vehicles sold within their states.

In January 2017, EPA determined, in its “midterm evaluation,” that the current federal standards applicable to cars and light duty trucks for model years 2022-25 are readily achievable by the auto industry. After an extensive technical review, based in significant part on information from industry, advocates, and other interested parties, EPA found that “automakers are well positioned to meet the standards at lower costs than previous estimated.” The agency concluded that, while the record supported making the standards even more stringent, it decided “to retain the current standards to provide regulatory certainty for the auto industry.” California is in the process of completing a midterm review for its parallel standards after participating in the federal process and conducting its own analysis of the feasibility of the standards.

The states issuing the joint statement have a longstanding history of working with California to adopt and enforce vehicle emission standards to combat air pollution. For example, several of the states successfully defended the first vehicle emission standards California issued to limit greenhouse gases from new motor vehicles in 2005. Subsequently, they joined California in successfully defending—in the D.C. Circuit Court of Appeals—EPA’s 2009 decision to grant California a waiver to adopt its greenhouse gas emission regulations. Several of the states also brought the landmark Massachusetts v. EPA case in which the Supreme Court held that EPA has the authority under the Clean Air Act to regulate greenhouse gas emissions from vehicles that endanger public health and welfare, and which subsequently enabled EPA’s determination that greenhouse gas emissions pose such a threat.