Man Arrested for Burglary in Bayport 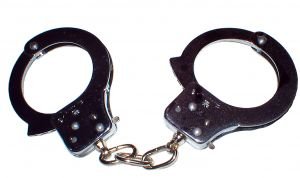 Bayport, NY - March 11, 2015 - Suffolk County Police arrested a man who burglarized an occupied residence in Bayport yesterday afternoon.
A resident of a Middle Road home heard someone knocking on the front door and ringing the doorbell but decided not to answer. Shortly thereafter, the suspect broke a rear window and entered the home at 1:40 p.m. The resident, who had been hiding in the house, was able to flee out the back door when the suspect went upstairs.
Fifth Precinct Police Officers Michael Coyne and Matthew Dematteo, along with Lieutenant Kenneth Fasano, located Edward Phillips a short distance from the home and arrested him after a brief struggle. Phillips, 35, who is undomiciled, was charged with Burglary 2nd Degree and Resisting Arrest.
Phillips is being held at the Fifth Precinct and is scheduled to be arraigned at First District Court in Central Islip on March 12.