William Floyd alumnus P. J. Cinque (Class of 2005) and a Juilliard-trained double bassist, recently won a position with the San Diego Symphony, a spot for which he competed among some of the world’s most ... 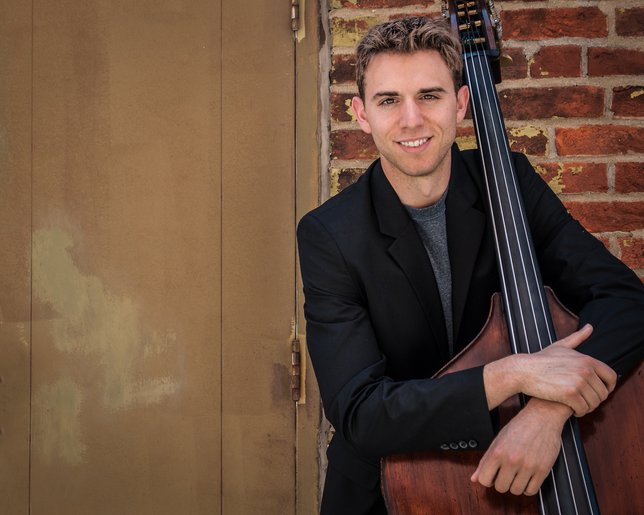 San Diego, CA - March 10th, 2015 - William Floyd alumnus P. J. Cinque (Class of 2005) and a Juilliard-trained double bassist, recently won a position with the San Diego Symphony, a spot for which he competed among some of the world’s most talented musicians through several rounds of a rigorous audition before an orchestra committee and music director Jahja Ling.

“I would like to sincerely thank the William Floyd Music Department for its dedication in nurturing my interest in music and for giving me the tools and inspiration to pursue my career,” said Cinque. “I was fortunate in my time at William Floyd to be exposed to some of the best and most passionate teachers, principals and coaches. It was inspiring for me as a student to share in the learning process with these individuals as they had so much to offer both as people and educators. The district also provided a multitude of extracurricular activities that further enriched my education. I am eternally grateful to have grown up in the William Floyd community and to have graduated from such an exceptional high school. The district truly has a lot to offer its students.”

“The greatest compliment I can receive as a teacher is seeing my students happy in their success and realizing their dreams,” said Dr. Amy Mason Sckipp, Cinque’s orchestra teacher at William Floyd High School. “We, in the William Floyd Music Department, are extremely proud of P.J. This is an incredible achievement that illustrates his perseverance and dedication to music study and performance. We wish him well as he embarks upon this exciting stage of his career.”

Cinque earned both a Bachelor and Masters degree in double bass performance from The Juilliard School. He has performed in major venues around the world, including Carnegie Hall, the Kennedy Center, Alice Tully Hall, Avery Fisher Hall, Cincinnati Music Hall, Suntory Hall, the Beijing Concert Hall, and the Shanghai Grand Theatre. In 2009, Cinque traveled to Japan to participate in the Pacific Music Festival and spent three summers at the Aspen Music Festival and School as a fellowship student.

A committed chamber musician, P.J. participated in Denmark’s Thy Chamber Music Festival and the Kennedy Center’s fifth anniversary of the Conservatory Project. Outside of the classical music realm, he passionately explores music of different genres through arranging and performing with bands and other small ensembles, including his double bass duo, Low Bros.