On February 27, 2014, President Barack Obama launched “My Brother’s Keeper” (MBK) and issued a powerful call to action to close opportunity gaps still faced by too many young people, and often by boys and ... 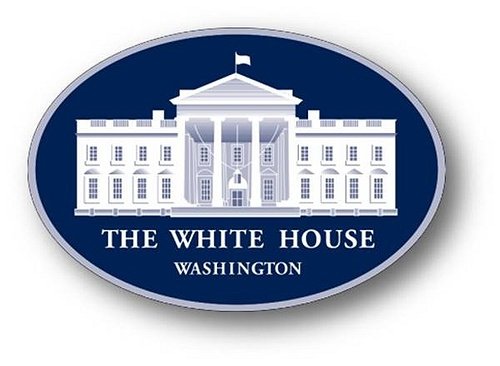 Washington D.C. - March 5, 2015 - On February 27, 2014, President Barack Obama launched “My Brother’s Keeper” (MBK) and issued a powerful call to action to close opportunity gaps still faced by too many young people, and often by boys and young men of color in particular. The President’s announcement encouraged candid dialogues around the country and a greater sense of responsibility among community leaders, and young people themselves to put all youth in a position to thrive, regardless of their race, gender, or socioeconomic status. Over the course of the past year, efforts have advanced along three areas of focus based on the goals laid out in the MBK Presidential Memorandum: state and local engagement, private sector action - independent nonprofit, philanthropic and corporate action; and Public Policy review and reform. The report being released today provides an update on all three approaches over the course of a year since the MBK launch.
State and Local Engagement: The MBK Community Challenge
Since late September 2014, nearly 200 mayors, tribal leaders, and county executives across 43 states and the District of Columbia have accepted the MBK Community Challenge in partnership with more than 2,000 individual community-based allies. These “MBK Communities” are working with leading experts in youth and community development to design and implement cradle-to-college-and-career action plans. Within six months of accepting the Challenge, MBK Communities commit to review local public policy, host action summits, and start implementing their locally tailored action plans to address opportunity gaps. MBK Communities are provided with technical assistance to develop, implement and track plans of action from both federal agencies and independent organizations with related expertise.
Challenge acceptors include:
Private-Sector Action: Business, Philanthropy and Nonprofit Action
Foundations, businesses, and social enterprises have responded to the President’s call to action by taking steps to ensure that communities have the support they need and by providing funding and advice for aligned national initiatives. More than $300 million in grants and in-kind resources have been independently committed already to advance the mission of MBK, including  investments in safe and effective schools, mentoring programs, juvenile justice reforms, and school redesign. For example, the Council of the Great City Schools (CGCS) is coordinating the leaders of 63 of the largest urban school systems in the country in a pledge to change life outcomes by better serving students at every stage of their education; Prudential announced a commitment of $13 million to support technical assistance for MBK Communities as well as impact investments for innovative for-profit and nonprofit social purpose enterprises that eliminate barriers to financial and social mobility; and on Christmas Day 2014, the NBA launched a public service announcement and campaign in partnership with MENTOR: The National Mentoring Partnership to recruit 25,000 new mentors over the next five years.
Policy: The Federal Response
The MBK Task Force, an interagency working group of representatives of over ten agencies across the Federal government,  has encouraged and tracked implementation of the recommendations outlined in the initial 90-day report issued in May. Those efforts have led to greater focus on federal investments that support evidence-based interventions. For example, grant programs, like the Department of Labor’s American Apprenticeship Initiative and the National Guard Youth ChalleNGe, harness federal resources to create clearer pathways to success by helping youth build both work and life skills. Public-private partnerships like Youth Opportunity AmeriCorps, School Turnaround AmeriCorps and 21st Century Conservation Service Corps are working with the Corporation for National and Community Service to engage underserved youth in service that has the potential to transform their lives and the communities they serve. Similarly, the Departments of Education and Justice issued Correctional Education guidance to help to ensure that incarcerated youth have the full protection of existing laws and benefits. The federal government has also advanced its efforts to track quality data for boys and young men of color and their peers.
Through MBK, this Administration will continue to improve transparency and accountability to address persistent opportunity gaps at every level and improve outcomes for all young people to ensure they have the opportunity to succeed.
You can find the full report here.