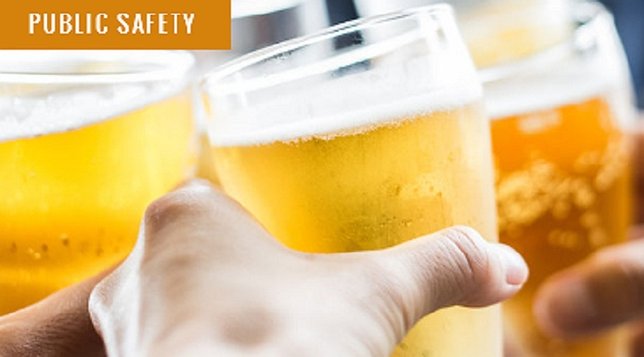 State Liquor Authority will deploy enforcement investigators to over 500 licensed locations; SLA and DMV will partner to prevent the use of fake IDs and combat illegal sales and purchases by underage individuals.

“Underage drinking and fake IDs are not only illegal, but can lead to reckless decisions that can have life-altering consequences,” Governor Cuomo said. “These operations will build on our successful efforts to protect our state’s youth, safeguard our roadways from impaired drivers, and hold accountable those who seek to enable this dangerous behavior." ‎

The combined enforcement effort will begin today and run through April. The enforcement sweeps support the Governor’s focus on deterring underage drinking and preventing the purchase of false identification documents and will supplement regular targeted details conducted throughout the year by SLA and DMV investigators.

“The SLA has the responsibility to make sure that businesses are following the law and are not endangering the safety of our communities or young New Yorker’s by serving underage persons,” said SLA Chairman Vincent Bradley. “Working with the DMV will greatly enhance our efforts by targeting both businesses selling to minors as well as targeting those attempting to purchase alcohol using fake IDs.”

“Preventing underage drinking is a full-time job and we are proud to partner with SLA not only during this stepped-up enforcement period, but year-round.  Governor Cuomo’s focus on underage drinking prevention has led to new and renewed partnerships between state agencies,” DMV Executive Deputy Commissioner Terri Egan said. “Working together, we are enforcing the laws while improving public safety in New York’s communities.”

In December, Governor Cuomo announced that underage drinking sweeps conducted by DMV investigators, in cooperation with SLA and law enforcement agencies, resulted in the seizure of 862 fraudulent licenses and the arrest of 818 underage individuals, both single year records. The previous record of 751 seized ID documents and 758 arrests was set in 2015.

Licensees charged by the SLA with underage sales face civil penalties of up to $10,000 per violation, with fines starting from $2,500 to $3,000 for a first time offense. Repeat offenders also face potential suspension or revocation of their licenses.  Persons under the age of 21 found to be using fake IDs or false documents with the intent of purchasing alcohol can be arrested and have their license revoked for a minimum of 90 days or up to one year.

The SLA continues to aggressively enforce underage drinking laws and provide education and training to our licensees. In 2016, the SLA issued 1,077 penalties to licensed retailers for underage sales. The SLA also increased the number of trainings to reduce underage sales by certifying and promoting Alcohol Training Awareness Program (ATAP). The number of ATAP trainings completed by licensees and their staff has increased from 5,803 in 2011, to 19,781 in 2016.  This includes over 500 business owners and more than 750 employees receiving free ATAP training hosted by the SLA and the in collaboration with the Empire State Restaurant & Tavern Association as part of Governor Cuomo’s coordinated effort to combat underage drinking announced in August of 2016.