Governor Cuomo announced that underage drinking sweeps conducted by DMV investigators in 2016 resulted in the seizure of 862 fraudulent licenses and the arrest of 818 individuals for underage drinking, both single year records. 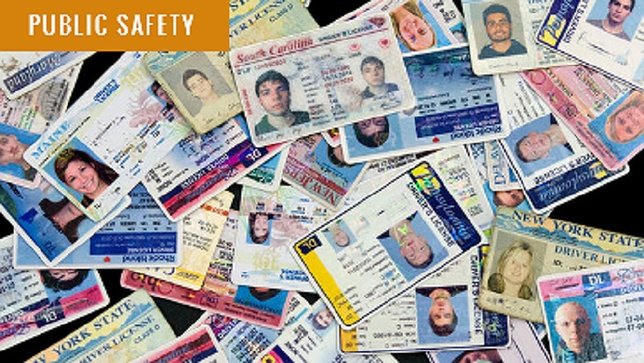 Albany, NY - December 22, 2016 - Governor Andrew M. Cuomo today announced that underage drinking sweeps conducted by DMV investigators in 2016 resulted in the seizure of 862 fraudulent licenses and the arrest of 818 individuals for underage drinking, both single year records. Through the year-round Operation Prevent initiative, DMV investigators work with state and local law enforcement agencies to conduct underage drinking and fake ID sweeps at bars, restaurants and concert venues across New York. The previous record of 751 seized ID documents and 758 arrests was set in 2015.

"Underage drinking and fake IDs are not only illegal, but often lead to bad decisions that could have life-altering consequences," Governor Cuomo said. "These enforcement efforts protect young New Yorkers, help prevent unnecessary tragedies, while increasing safety on our roads and our communities."

During Operation Prevent sweeps, DMV investigators work with state and local law enforcement agencies to check identification documents. Individuals under the age of 21 using fake IDs or false documents with the intent to purchase alcohol can be arrested and have their license revoked for a minimum of 90 days or up to one year. A breakdown of arrests and fake IDs seized in 2016 can be found online here.

DMV Executive Deputy Commissioner Terri Egan said, “Our investigators performed a record number of arrests and license seizures in 2016, and in the process kept New York’s roads safer. No matter the season or time of year, DMV is hard at work on our ‘Operation Prevent’ initiative, which has proven to be a very effective tool in deterring high risk behaviors. I thank Governor Cuomo and our partners at the state and local levels for their continued support of our efforts to prevent underage drinking.”

In addition, the SLA continues to aggressively enforce underage drinking laws and provide education and training to our licensees. In 2016, the SLA issued 1,051 penalties to licensed retailers for underage sales. As part of Governor Cuomo’s coordinated effort to combat underage drinking, the SLA hosted eight day-long free compliance trainings for restaurant, bar owners and their staff across the state, with over 500 business owners and more than 750 employees receiving Alcohol Training and Awareness certification since September.

SLA Chairman Vincent Bradley said, “Preventing the sale of alcohol to minors remains a top priority for the State Liquor Authority. Under Governor Cuomo, state agencies including DMV, OASAS and the State Police have coordinated our efforts to crack down on illegal sales and prevent young New Yorkers from purchasing and abusing alcohol.”

New York State Police Superintendent George P. Beach II said, "The State Police will continue to work with our partners to discourage, detect and apprehend underage drinkers. The use of alcohol by minors all too often leads to needless, preventable tragedies, and it will not be tolerated. I want to applaud all of our partners for their efforts to make the Operation Prevent Initiative a success.”

OASAS Commissioner Arlene González-Sánchez said, “One of the best ways to continue address underage and binge drinking, and the preventable resulting tragedies, is to focus on education and prevention. Taking an active role in prevention of underage substance use - working with parents, schools, law enforcement, community partners and providers - is an essential part of the solution. Our Talk2Prevent website, has useful tools to help adults talk with young people about the potential risks and dangers of underage and binge drinking and drug use.”