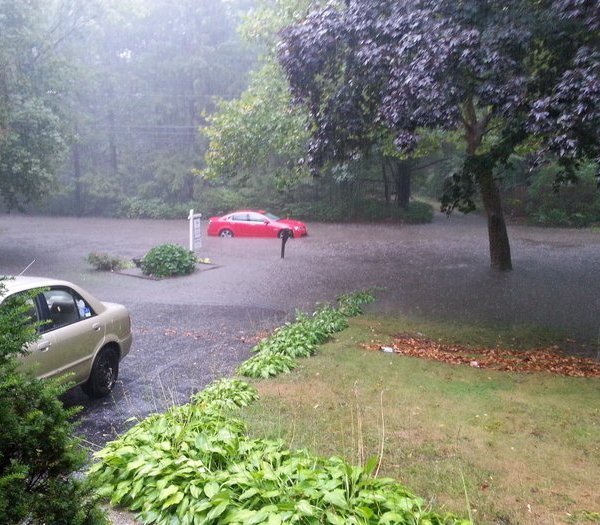 Long Island, NY - August 13, 2014 - Governor Andrew M. Cuomo today issued an update on the flood recovery on Long Island. Earlier this morning, the Governor directed resources to assist Long Island’s recovery from the nearly 13 inches of rain that fell between the hours of midnight Tuesday and 7:15 a.m. Wednesday that resulted in flash floods.

The State’s Emergency Operations Center (EOC) was activated and has continuously provided support. The following agencies are staffing the Center: Division of State Police (DSP), Office of Fire Prevention and Control (OFPC), Department of Transportation (DOT), and the Division of Military and Naval Affairs (DMNA). Suffolk County has declared a County State of Emergency and activated the County’s EOC, and the Towns of Babylon and Islip have each activated EOCs.

The flooding caused closures along 11 major highways in Long Island, and nine of those highways have fully reopened as of 3 p.m. Roadways are continuing to be cleared, but some major parts remain closed. Flooding in certain areas has caused damage that will require a longer repair time. Motorists are urged to call 511 or check www.511ny.org for the latest information on road closures before driving to ensure safe travel, especially during this evening’s commute.

Governor Cuomo urges people in the affected regions to adhere to suggested recovery tips, which can be found HERE.

The following road closures are in effect:

Roads and Bridges
The New York State Department of Transportation has 400 maintenance crew members working to clear debris from drains and recharge basins. Assessment teams have also been deployed to evaluate roadways for damage.

Public Transit
Buses are replacing LIRR trains on the Port Jefferson Branch between Kings Park and Port Jefferson in both directions. The MTA expects to restore service in time for the afternoon rush, but two trains on the Port Jefferson branch will be canceled and their customers accommodated on other trains. Flooding conditions are also causing scattered delays of up to 60 minutes on the Montauk Branch. Customers on all LIRR services should check www.mta.info for the latest travel information before beginning their trips.

Public Health & Safety
State Police worked with the State Department of Transportation to remove disabled vehicles from the lanes of the Parkways allowing Long Island State Parkways to reopen. Troopers utilized a high axle vehicle to assist in removing vehicles from the flood zones.

The State Health Department’s Bureau of Water Supply Protection is working closely with Nassau and Suffolk County health officials to monitor public water systems. At this time, there are no reports that flooding has impacted public drinking water systems.

American Red Cross (ARC)
The ARC is coordinating its operations with agency response partners and Red Cross volunteer is in Suffolk County EOC as liaison. The ARC has readied flood kits for deployment in expectation of responses throughout the day, and disaster Assessment teams are being assembled and will be sent to locations that have requested ARC assistance. At least eight households have reported flooded homes and basements to ARC.

Red Cross Emergency Response Vehicles (ERVs) have been deployed to Bayshore Fire Department to provide hydration, food and blankets. The ARC has assisted at least eight adults, seven children and pets at Bayshore FD. The Red Cross will continue to assess flooding conditions throughout the day and collaborate with its partners should additional assistance and services be needed.

Environment
The Department of Environmental Conservation has closed shellfish harvesting areas in most towns in Nassau and Suffolk counties to protect the public health. DEC will reopen areas as soon as possible based on the results of water quality testing to be conducted on samples that will be collected from the affected areas over the next several days. A list of the areas that are designated as uncertified and the harvest of shellfish is temporarily prohibited can be found here.

DEC operates a 24-hour Emergency Spill Hotline at 1-800-457-7362 for the public to notify the department of suspected spills.