The Nassau County SPCA announces the arrest of a Hempstead women for criminal neglect of her pet, Shih Tzu (Gigi).

Gigi, a Shih Tzu, from Hempstead, suffered severe neglect. Gigi is going to need extensive dental work. Anyone who can help is asked to visit a page created for her by the NCSPCA.

Hempstead, NY - March 1, 2017 - The Nassau County SPCA announces the arrest of a Hempstead women for criminal neglect of her pet, Shih Tzu (Gigi).

On February 23, the Nassau County SPCA responded to a call from a groomer reporting an apparent severely neglected Shih Tzu. The Nassau County SPCA impounded the Gigi for examination and medical care. The Nassau County SPCA veterinarians found that she had suffered severe neglect, being low in body weight, deprived of basic hygienic and dental care, and veterinary care. The dog had such matted hair that the collar needed to be cut out, had severely rotted gums and teeth, with many teeth falling out and nails long and curled, making it difficult for her to walk without discomfort. 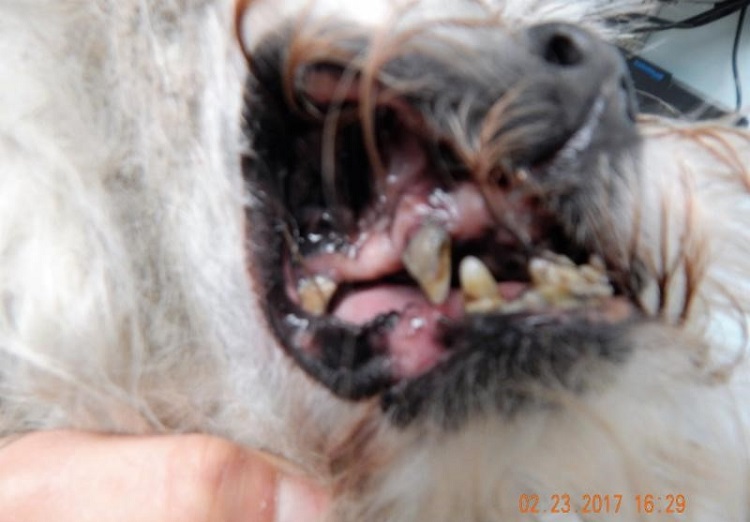 Photo of Gigi by NCSPCA.

Gigi is going to need extensive dental work, the Nassau County SPCA is asking the public for help. Anyone wishing to help can go to helpgigi.ncspca.us

To Report Animal Cruelty call 516-THE-SPCA, email  or use the online form

If are reporting an emergency, or that an animal is it about to be imminently injured or killed, call 911 and request immediate police response.

The NCSPCA receives no public funding, is in no way affiliated with, a subdivision of or funded by any other local, state or national organization and every contribution, large or small, helps to provide the critical care needed to help homeless, abused and neglected animals in Nassau County. The continued success of each program relies entirely on donations. No money given to any other spca organization aids or benefits the NCSPCA. Your generous contribution will help the NCSPCA in all of its efforts. Visit www.nassaucountyspca.org