An Afternoon of Jazz with Paula Atherton 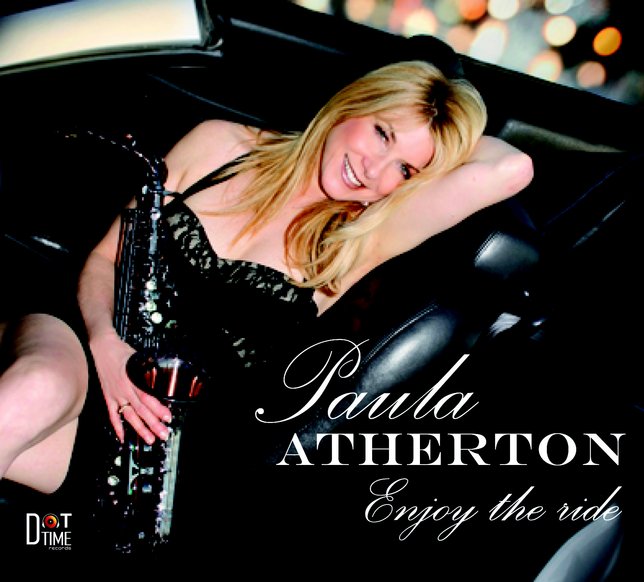 The Elmont Memorial Library is honored to feature an Afternoon of Jazz with Paula Atherton, LIVE in the Elmont Library Theatre at 700 Hempstead Tpke., Elmont on Saturday, March 9, 2013 at 2pm. Become completely captivated with the stylish, sleek, and energetic talents of Paula Atherton as she performs selections from her new release “Enjoy the Ride” as well as selections from her previous releases. As well as being a wonderful sax player and flautist, Paula also has a singing voice with the power to captivate that has made her a major player on the contemporary jazz scene. This event is open to the public and free of charge.

Over the past few years, sax player/vocalist Paula Atherton has shared the stage with such contemporary jazz notables as The Rippingtons, Nick Colionne, Chuck Loeb, Cindy Bradley, Gail Jhonson, Karen Briggs, Matt Marshak, Four80East, Chieli Minucci and Shilts. Paula has also worked in the traditional jazz field; one of the notable performances being a week long engagement at the Blue Note NYC with pianist and jazz legend, Hank Jones.

Some 2012 appearances include Berks Jazz festival, at which she was quoted as being “outrageously glamorous” by Square Business, performing with the all‐ female group, Jazz in Pink. Paula performed at the Duck Jazz festival in North Carolina in October 2012, and the Town of Duck news said, “Paula Atherton came to the Duck stage from NYC. The audience was blown away by her talent, as she switched from flute, to sax, to vocals. It is no surprise that Atherton has been labeled a major player on the contemporary jazz and pop music scene.”

Paula’s current release, “Enjoy the Ride,” has special guests Nick Colionne and Cindy Bradley. The current single, “Sassy Strut” (featuring Nick Colionne) is currently climbing the smooth jazz charts, and as of February 23. 2013, was #15 on Billboard. Paula’s 2009 release, “Groove with Me,” featured many special guests, including Chieli Minucci, Greg Adams, and Onaje Allan Gumbs. AMG (Artists Music Guild) nominated Paula as artist and female vocalist of the year, “Groove with Me” for album of the year, and “Send Down An Angel” (which reached #9 on FMQB’s adult contemporary chart with 899 spins) for song of the year. In 2006, a cut from Paula’s first album, ‘I Long for Your Love’ was included on the Warner Europe compilation ‘Ladies of Jazz’ that also featured Natalie Cole, Candy Dulfer and Eliane Elias. Her television work includes appearances with Michael Bolton on the Today show, Good Morning America and Rachel Ray, and, as bandleader, for the Lifetime network show, ‘Girl’s Night Out’. In addition, Paula performed at fundraisers during Hillary Clinton’s presidential campaign, and in 2002 wrote the score for the independent film ‘The Definition of Insanity’ Paula is an LA sax artist, and appeared at the NAMM show in CA for them this January. She will also be touring Europe April 2013.