Despite Federal Government’s Refusal to Investigate Civil Rights Complaints from Transgender Students, NY Districts Have Independent Duties To Protect These Students From Discrimination And Harassment. 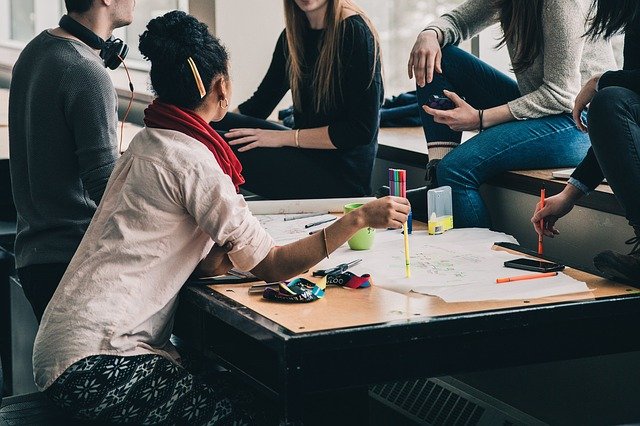 New York, NY - February 28, 2018 - New York Attorney General Eric T. Schneiderman and New York State Education Department Commissioner MaryEllen Elia today vehemently objected to the recent decision by the federal Department of Education to no longer investigate civil rights complaints from transgender students regarding access to bathroom facilities. In a letter sent today, the Attorney General and Commissioner reminded school districts across New York State that – irrespective of the federal government’s decision – they have independent duties under federal and state law to protect transgender students from discrimination and harassment in their schools and at all school functions.
The federal government’s announcement earlier this month is just the latest action to further diminish civil rights protections for transgender students and follows the February 2017 decision by President Trump and the federal Departments of Education and Justice to rescind guidance that clarified federal legal protections for transgender students.
“Over and over again, the Trump administration has made clear its disdain for the basic rights of transgender Americans,” Attorney General Schneiderman said. “Regardless of what happens in Washington, the law remains the law in New York – and school districts have independent duties to protect transgender students from discrimination and harassment when they go to school.  My office will continue to use every tool at our disposal to ensure that transgender kids are safe in their schools and are provided equal access to all programming and facilities consistent with their gender identity.”
“Given recent events and changes in priorities under the Trump administration, as parents, educators and leaders of state agencies we must all work together to protect all the children in our schools,” said State Education Commissioner MaryEllen Elia. “It is appalling to see the federal government refuse to investigate these important civil rights complaints from transgender youth, who are valued members of our schools and communities across New York State. No child should endure harassment or discrimination and we must create learning environments that are safe and welcoming for all. Statistics show that transgender youth are particularly at risk, with more than half of these students attempting suicide at least once by their 20th birthday. We need to offer further support to these children and not turn our backs on those most in need. The guidance we have developed with Attorney General Schneiderman and our partners places an emphasis on respecting all students and all people.”
The Attorney General and Commissioner remind school districts that the federal government’s decision to rescind federal guidance, or to refuse to investigate particular types of complaints, does not eliminate the significant body of law – including cases involving provisions of the federal Title IX and the Equal Protection Clause of the U.S. Constitution – that holds that denying a student access to facilities or programming consistent with that student’s gender identity could amount to sex discrimination under federal law.
Separate and apart from existing federal law, New York State’s Dignity for All Students Act expressly prohibits bullying, discrimination, and harassment, on school property or at a school function, on the basis of a student’s gender identity or expression. Based on this, SED issued guidance to all New York State school districts in July 2015, entitled “Guidance to School Districts for Creating a Safe and Supportive School Environment For Transgender and Gender Nonconforming Students,” that covers much of the same subject matter of the federal guidance that was rescinded.
SED’s guidance encourages districts to take proactive steps to ensure that transgender and gender nonconforming students experience a safe and welcoming learning environment free of discrimination and harassment. With respect to transgender students, the guidance specifically covers how school districts should address the use of names and pronouns; sex-segregated programming and school facilities; and student privacy and confidentiality.
Regarding the bullying, discrimination, and harassment of transgender students – and other students protected by DASA – the Attorney General and Commissioner also released guidance to school districts in August 2016 on how to ensure compliance with DASA’s requirements. That guidance set forth detailed procedures for the timing and execution of school district investigations into complaints of bullying and harassment on school property, at school functions, or on school transportation.
Following the actions of the Trump Administration to diminish protections for transgender students, the Commissioner and Attorney General strongly encourage districts and their school attorneys to review SED’s guidance on protecting transgender students, as well as our agencies’ joint guidance on how to ensure districts comply with their duties under DASA as to all students.
The Attorney General's Office is committed to ensuring access to equal educational opportunity. To file a complaint, contact the Civil Rights Bureau at (212) 416-8250, civil.rights@ag.ny.gov, or visit www.ag.ny.gov.