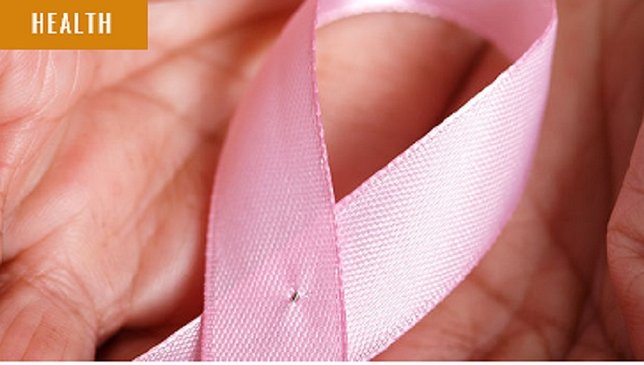 Albany, NY - February 28, 2017 - Governor Andrew M. Cuomo today announced that health insurers are required under New York Insurance Law to provide medically necessary coverage for 3-D mammograms without co-pays, coinsurance, or deductibles. 3-D mammography screening, or tomosynthesis, can be more effective at detecting cancer in dense breast tissue, which is more common in women of color. This action builds on actions the Governor took earlier this year to support the health and reproductive rights of New York women, and legislation he signed last year to enhance access to breast cancer screenings.

“We are undertaking the most aggressive action in the nation to expand access to breast cancer screenings, because early detection is the best possible treatment,” Governor Cuomo said. “By expanding access to cutting-edge, life-saving breast cancer screening options, like 3D mammograms, we are taking our efforts to protect our mothers, sisters and daughters another step further. We will continue working to further remove barriers to breast cancer detection and treatment to create a stronger, healthier New York for all.”

Tomosynthesis, or 3-D mammography, uses X-rays to collect multiple images of the breast from several angles that a computer synthesizes to create a 3-D image of the breast. Studies have shown that breast density is one of the strongest predictors of risk for breast cancer and that the risk of cancer for women with dense breast tissue, many of whom are women of color, is much greater.

In particular, Black women tend to have denser breast tissue, which limits the sensitivity of a screening mammography, thus requiring improved screening technologies such as early detection and screening by appropriate methods. Studies have shown that 3-D mammography appears to be more effective at detecting lesions in dense breast tissue than 2-D mammography.

Even though screening mammography rates for Black and White women are about the same, Black women's cancers are detected later, in part due to access issues such as affordability, and they are more likely to die from breast cancer than White women. Breast cancer is the most common form of cancer among Black women and the second leading cause of death for Black women.

Linda Goler Blount, President and CEO of the Black Women’s Health Imperative, said “I thank Governor Cuomo for his work in ensuring that all women, regardless of race or income, have unrestricted access to the care they need to live long, healthy lives. It is a bold step for a state to require insurers to cover 3-D mammography with no cost-sharing.  The fact that Black women now have access to 3-D mammography means there is a much greater chance they will get their difficult-to-detect cancers detected much earlier.”

The actions announced today continue a sweeping series of actions led by Governor Cuomo to support women’s health and reproductive rights, including increasing access to breast cancer screenings and health insurance coverage in groundbreaking legislation that went into effect January 1, 2017; ensuring that all medically necessary abortion services are covered by health insurance policies without cost sharing; and ensuring that all women are covered by health insurance policies for contraceptives in amounts up to twelve month’s supply at a time without cost-sharing.

Legislation signed by Governor Cuomo in 2016, and now in effect, increases access to breast cancer screenings and health insurance coverage and built upon $91 million in investments to increase awareness and screening for breast cancer, including a public awareness campaign, community outreach programs, patient navigators, and mobile mammography vans. The groundbreaking legislation signed by Governor Cuomo:

Today’s actions make clear that the Governor’s breast cancer legislation includes tomosynthesis, or 3-D mammograms, in the covered screening and diagnostic mammograms required to be covered without cost-sharing.

These initiatives are part of a series of actions by Governor Cuomo to champion women’s rights, known as “New York’s Promise to Women: Ever Upward.” In the past two years alone, the Governor has signed legislation to combat sexual assault on college campuses through the Enough is Enough Act; prevent sexual harassment in the workplace regardless of the size of the employer; end pregnancy discrimination; establish the longest and most comprehensive paid family leave program in the nation; and raise the minimum wage to $15 an hour. To learn more about New York’s Promise to Women, visit here.