“The dangers of vaping and flavored e-cigarette products are becoming more apparent by the day, and it would be a tragedy if our successful efforts to combat the tobacco industry were reversed by allowing the ... 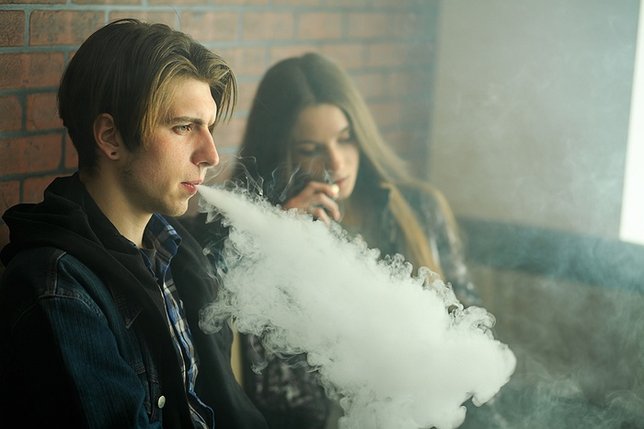 Governor Andrew M. Cuomo launched a new campaign to ban all flavored nicotine vaping products, including menthol flavors, and to restrict vaping advertisements aimed at youth in the Enacted Budget this year. The Governor’s proposed legislation would authorize the State Department of Health to regulate the sale of vaping product carrier oils deemed to be a public health risk. The legislation would also prohibit the online, phone and mail order sale of e-cigarettes; only registered retailers would be allowed to purchase e-cigarettes using those methods. The campaign includes a new hashtag – #NoVapeNY – as well as a petition where New Yorkers can show their support for the legislation and a new website – ny.gov/endvaping – with more information about the proposals.

“The dangers of vaping and flavored e-cigarette products are becoming more apparent by the day, and it would be a tragedy if our successful efforts to combat the tobacco industry were reversed by allowing the vaping industry to get a whole new generation hooked on their products,” Governor Cuomo said. “This is a scourge on our state and our nation: if these chemicals don’t kill you, you wind up addicted to nicotine. New York is leading the nation in confronting this new and deadly epidemic, and this year we will continue to lead by banning flavored e-cigarette products and vaping ads aimed at youth, helping to keep our children safe and preventing them from forming unhealthy and life-long addictions.”

In 2017, Governor Cuomo expanded the Clean Indoor Air Act to prohibit e-cigarette use in nearly every workplace to protect workers and the public from harmful secondhand tobacco smoke and vaping aerosols. In 2019, e-liquid retailers were required to register with the Department of Taxation and Finance and a 20 percent sales tax on e-liquids will be imposed. In June 2019, Governor Cuomo signed legislation to raise the minimum sales age for tobacco and electronic cigarette products from 18 to 21 – the law went into effect on November 13, 2019.

Governor Cuomo has also taken action to ban the sale of flavored e-cigarettes in New York; directed the New York State Department of Health to investigate companies that produce vaping substances; required smoke and vape shops to post warnings advising New Yorkers of the health risks of illegal vape e-cigarettes and e-liquids; and directed State Police and DOH to immediately partner to ramp up enforcement efforts against retailers who sell to underage yout

Ban the Sale of Flavored Nicotine Vaping Products
The Governor introduced legislation banning the sale of all flavored nicotine vaping products, including menthol — an extension of the State’s ongoing efforts to reduce youth use of both tobacco and vaping products. With this ban New York continues to lead the charge on limiting the use of flavorings in all vaping products and provide critical support to local communities who are fighting this growing epidemic.

Restrict Vaping Ads Targeted to Youth
The Governor’s legislation will restrict vaping-related ads targeted to youth, including those in more traditional forms of advertising such as newspapers and magazines, as well as in digital formats in periodicals, social media and on websites with significant youth viewership. Advertisers will also not be allowed to make vaping product safety claims or pitch vaping products as smoking cessation options without FDA-approval.

Ban Harmful Unregulated Carrier Oils
Following the alarming number of hospitalizations and deaths involving patients who had reported a history of using e-cigarettes or vaping products, Vitamin E acetate — which is sometimes used as an e-liquid diluent — has been identified as a chemical of concern. In order to quickly respond to the proliferation of these dangerous, untested and unregulated chemicals used in vaping related products, the Governor will also advance legislation to empower the Department of Health to ban the sale of vaping carrier oils that include chemicals or ingredients that when inhaled through a vaping device are deemed to be dangerous and a significant public health risk.

Limit Online Sale of Vaping Products
The current sale of e-liquids and e-cigarettes through online, phone and mail order allows underage youth to purchase products unlawfully and circumvent sales taxes. Therefore, the Governor will advance legislation restricting the online, phone and mail order sale of e-liquids and e-cigarettes only to licensed vaping product retailers. Only registered retailers would be allowed to purchase e-cigarettes using those methods. This restriction, which already applies to the sale of conventional tobacco products, will help stop the illegal sale of dangerous vaping products to underage purchasers.

Prohibit the Use of Coupons for Tobacco and Nicotine Products
Research indicates that the price of tobacco products is closely tied to prevalence, especially among youth who are almost twice as “price sensitive” as adults. As a result, New York has the highest state excise tax on cigarettes and one of the lowest youth smoking rates in the nation. But the tobacco industry is also fully aware of the effect of price on smoking rates and invests nearly 85% of its over $9 billion a year marketing budget on price-reducing promotions including direct to consumer coupons and in-store discounts. These discounts undermine the public health impact of New York’s tax and prohibiting coupons and discounts would eliminate an important source of industry price manipulation.