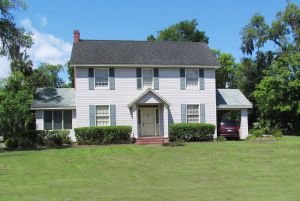 Albany, NY - September 19, 2013 - Governor Andrew M. Cuomo today announced that his administration is proposing a groundbreaking set of new rules to reform the force-placed insurance industry. The Department of Financial Services (DFS) regulations will help protect homeowners from abuse; eliminate kickbacks in the industry that drove up premiums; and save homeowners, taxpayers, and investors millions of dollars going forward through lower rates.

After conducting an extensive investigation, DFS reached agreements earlier this year with the major force-placed insurers doing business in New York – including Assurant, QBE, and other companies – to implement reforms and deliver restitution to homeowners who were harmed. These new DFS regulations will help ensure that these reforms will apply to the industry moving ahead – even if new insurers enter this market.

“Two years ago, my administration launched an investigation of the force-placed insurance industry that revealed widespread abuses of consumers by banks and mortgage companies,” Governor Cuomo said. “Today we are taking a major step in righting this injustice and reforming the industry by proposing tough new regulations to protect homeowners. Insurers should be on notice that New York State is going to continue rooting out abuse in the industry and protecting taxpayers.”

Benjamin M. Lawsky, Superintendent of Financial Services said, “Our investigation uncovered a kickback culture in this industry that inflated premiums and did serious damage to struggling homeowners. These new rules will help ensure that homeowners remain protected and force-placed insurers don’t simply slide back to the bad old practices of the past.”

DFS’s Investigation into Force-placed Insurance  In October 2011, DFS launched an investigation into the force-placed insurance industry. Force-placed insurance is insurance taken out by a bank, lender, or mortgage servicer when a borrower does not maintain the insurance required by the terms of the mortgage. This can occur if the homeowner allows their policy to lapse (often due to financial hardship), if the bank or mortgage servicer determines that the borrower does not have a sufficient amount of coverage, or if the homeowner is force-placed erroneously.

New York’s nation-leading force-placed insurance reforms in the proposed rules include the following requirements to help eliminate the kickback culture that pervaded this industry and lower premium rates: