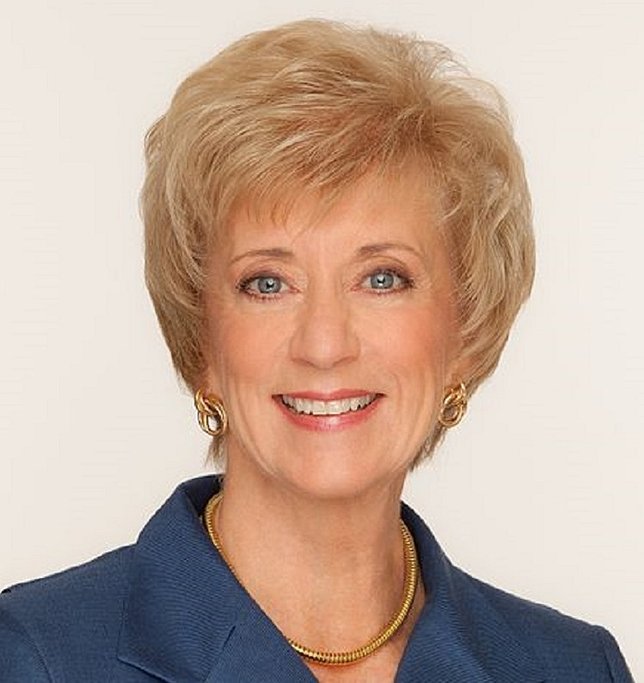 “Small businesses are the engine of our national economy,” McMahon said upon her confirmation. “I will work to revitalize a spirit of entrepreneurship in America.  Small businesses want to feel they can take a risk on an expansion or a new hire without fearing onerous new regulations or unexpected taxes, fees and fines that will make such growth unaffordable.  We want to renew optimism in our economy.”

“I want to thank President Trump for this opportunity to join his Administration and to advocate for our nation’s small business owners and entrepreneurs,” McMahon said. “I would also like to express my appreciation to Joe Loddo for his leadership as Acting Administrator during this transition, along with everyone at the SBA for the hard work they are doing to support America’s small businesses.”

In testimony on January 24 before the Senate Committee on Small Business and Entrepreneurship, McMahon discussed her hands-on experience managing and helping to grow small businesses.

“As an entrepreneur myself, I have shared the experiences of our nation’s small business owners.  My husband and I built our business from scratch. We started out sharing a desk. Over decades of hard work and strategic growth, we built it into a publicly traded global enterprise with more than 800 employees. I am proud of our success – I know every bit of the hard work it took to create that success.”

“I believe in leadership by example. As a CEO, I never expect employees to do anything I am not willing to do myself.  I believe in setting expectations and holding people accountable, but trusting them to do the job for which they were hired. I look forward to working with the SBA staff. I am eager to learn from their experience and expertise. I will listen, and their ideas, concerns and recommendations will be taken seriously.”

As Administrator of the SBA, McMahon will direct a federal agency with more than 2,000 full-time employees, with a leading role in helping small business owners and entrepreneurs secure financing, technical assistance and training, and federal contracts. SBA also plays a leading role in disaster recovery by making low interest loans.

“McMahon’s experience as an entrepreneur and small business owner is welcomed in the New York District,” said Beth Goldberg, District Director of the SBA New York office. “Administrator McMahon wants to create more jobs and continue to grow the economy. New York is on board with this mission! We’re ready to keep delivering the same vital services to the 1.6 million small businesses in our district.”

McMahon is the co-founder and chief executive officer of Women’s Leadership LIVE, as well as the co-founder and former CEO of WWE.  She was the Republican nominee to represent Connecticut in the U.S. Senate in 2010 and 2012.  McMahon is an advocate for small business and continues to promote entrepreneurship, particularly among women.

McMahon is a graduate of East Carolina University. She and her husband, Vince, have two adult children and six grandchildren.

Link to McMahon’s Statement to the Senate Committee on Small Business and Entrepreneurship: here

About the U.S. Small Business Administration
The U.S. Small Business Administration (SBA) was created in 1953 and since January 13, 2012, has served as a Cabinet-level agency of the federal government to aid, counsel, assist and protect the interests of small business concerns, to preserve free competitive enterprise and to maintain and strengthen the overall economy of our nation.  The SBA helps Americans start, build and grow businesses.  Through an extensive network of field offices and partnerships with public and private organizations, the SBA delivers its services to people throughout the United States, Puerto Rico, the U.S. Virgin Islands and Guam.