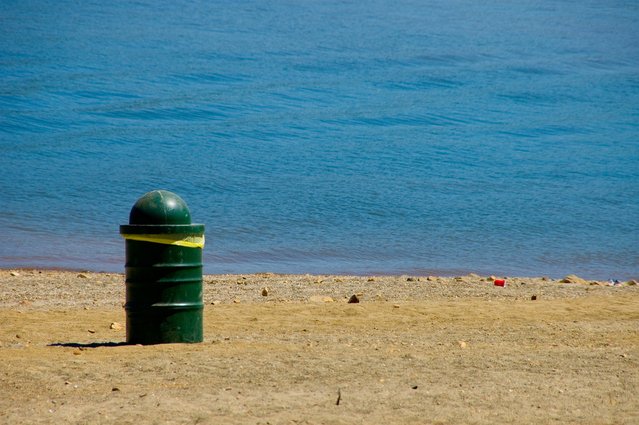 Albany, NY - February 15, 2017 - “New York State has proudly led this nation's environmental movement from its inception, fostering the early conservationist principles of Theodore Roosevelt, and birthing modern environmentalism at Storm King.  Today, we are leading once again with the highest renewable energy standard in the nation, and in the development of off-shore wind and solar power; we are protecting the State’s precious natural resources like the Hudson River and the Adirondack Park; we are dedicating billions of dollars to ensuring clean drinking water for all New Yorkers; and after decades of discussion, we have finally made an agreement to close the Indian Point nuclear power plant.  Combined, all of these policies lead the way in protecting New York’s air, land, and water.

“New York – like the rest of the nation – is currently struggling with the environmental impact of plastic and paper bag waste, particularly with a focus on plastic bags.  Plastic bags are convenient, but not without financial and environmental costs.  The New York City Department of Sanitation estimates that it collects an average of 1,700 tons of plastic bags per week, costing $12.5 million annually in disposal costs.  Statewide, New Yorkers use an estimated 23 billion plastic bags annually. The impact of this usage results in the significant expense of cleaning up this plastic through litter collection programs and beach and ocean cleanup efforts.

“A number of state and local governments across the country have attempted to address this problem -- with varying degrees of success -- using fees and bans on plastic and paper bags.  Most recently, New York City passed a local law that would impose a fee of at least five cents on all carryout merchandise bags.  The bill passed 28-20 – the closest of any vote taken in the last several years.  Since the bill’s passage, the State Legislature moved swiftly and overwhelmingly to impose a moratorium on that local law, with a total of 165 members voting in support and 32 against.

“While there are no doubt institutional political issues at play, and while New York City's law is an earnest attempt at a real solution, it is also undeniable that the City’s bill is deeply flawed.  Most objectionable is that the law was drafted so that merchants keep the five cent fee as profit, instead of the money being used to solve the problem of plastic bags' environmental impact – essentially amounting to a $100 million per year windfall to merchants.  There are two possible rationales for New York City's bill providing the fee to profit the merchants: political expediency or legal impossibility. If the council needed the political support of the merchants to pass the bill, a $100 million price was too high a cost to pay. If the city was not empowered to allow a fee to go to a government entity as it exceeds their legal authority, then that necessitates state action. In either case, the windfall profit to private entities is unjustifiable and unnecessary.

“The very first bottle deposit law in the 1980s had a similar flaw.  It allowed a windfall to retailers initiating the deposit, costing the State roughly $1.6 billion in revenue.  In 2008, the State finally admitted the error and developed the political will to change the law which was amended; now, eighty percent of the deposit goes to the State to protect and improve the environment.  We should not repeat that mistake. I understand the political process to pass a bill can require placating potential opposition but a 100 million dollar bonus to private companies is beyond the absurd. Likewise, the bill exempts certain businesses with no apparent rationale.  Liquor stores, delivery people, food trucks are all exempted. Legislation often requires compromise but not capitulation. There is no need to pass an overly compromised bill -- we can and should promulgate the best policy in the country. That is the New York way.

“At the same time, the impact of plastic and paper waste on our environment is not a local issue.  As a New Yorker, I have reeled in numerous plastic bags while fishing in the Hudson and off Long Island. I have seen plastic bags in the trees while hiking in the Adirondacks and driving down the Grand Concourse in the Bronx. It is a statewide challenge. As such, a statewide solution is the most appropriate way to address this issue.  Questions as to what the statewide solution should be are very much in debate: should the State ban paper and plastic carry-out products?  Is a tax the best approach?  If so, at what level and who should be the beneficiary?  Should the State be obligated to supply reusable bags for a period of time during a transition so that low-income consumers are not unduly financially burdened through the process?

“These questions must be answered, and those answers must be based on the experience of other states and cities, as well as feedback from our constituents. California, District of Columbia, and Chicago all have data and experience. To that end, today I am establishing a statewide task force to develop a uniform State plan for addressing the plastic bag problem. This Task Force will be different than usual as this matter requires expeditious action. I will ask the Senate and the Assembly to appoint Co-Chairs with me so that the recommendation can be quickly legislated. Local governments and stakeholders will also be included. By the end of this year, this Task Force will conclude with a report and proposed legislation. I look forward to New York State leading the way on this issue.”