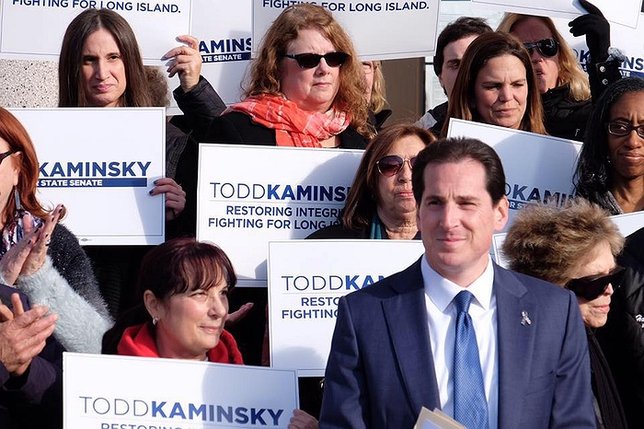 Long Beach, NY - February 15th, 2016 - Today, Assemblyman and former federal corruption prosecutor Todd Kaminsky released the first ad in his campaign to replace convicted former Senator Dean Skelos.  The ad, which will run on cable stations across the South Shore, highlights Kaminsky’s record of reform and his career-long commitment to rooting out corruption--whether the perpetrators are Democrats or Republicans.

As the former lead prosecutor of the federal government’s local public corruption unit, Kaminsky won big cases against corrupt Democrats and Republicans before his election to the State Assembly.

After releasing the ad, Kaminsky said: "We must end corruption and end it now. As a former federal corruption prosecutor, I've taken down both Democrats and Republicans - because if you break the public's trust, you must be held accountable. Unfortunately, the critical fight for honest and ethical government continues.

Long Islanders are sick and tired of elected officials who look out for themselves and don’t put taxpayers first. I call on all New Yorkers who want to see real change in Albany to join us in this crucial fight for our state’s future."