Market continues trend in January of 2017 consisting of rising prices in a market where there are fewer and fewer remaining options for prospective homeowners. 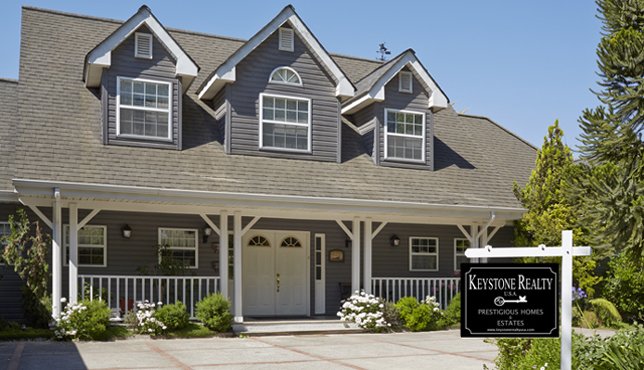 Experts note that the Long Island real estate market continues to offer raising prices and less homes to choose from as demand continues to be high.

The Long Island real estate market, ever in a state of flux, continued a recent trend in January of 2017 that consists of rising prices in a market where there are fewer and fewer remaining options for prospective homeowners, according to MLSLI.com.

Despite the fact that Long Island is considered very expensive for many young college graduates (resulting in the so-called "brain drain" of our best and brightest leaving for cheaper lifestyle options), the Long Island real estate market is continuing to reach maximum density in terms of price vs. availability. Overall, fewer options in terms of homes on the market have resulted in an uptick of prices in a dwindling landscape.  According to recently-released figures for January 2017, MLSLI.com reports that the closed median home price for Long Island as a whole – taking into account Nassau, Suffolk, and Queens counties – was $420,000, representing an increase of 8.67 percent from the same period last year (January 2016 median home price: $386,500) and a 2.44 percent jump alone from last month ($410,000).

The raising prices should be of no surprise, as sacristy in any given market always translates to higher value, and the availability of homes on Long Island, as stated, is reaching critical mass in some respects. For instance, in January 2016, the number of residential units available numbered at 17,732, according to MLSLI.com. Fast-forward to January 2017, and that number has dropped a whopping 19.61 percent to 14,254 units. The drop has been a steady one, as availability was 3.73 percent higher in December 2016 at 13,741 units; yes, in the span of one month, 513 homes were sold on Long Island. Clearly, people aren’t fleeing to other regions as much as some may be leading us to believe.

Michael Keegan, broker/owner of Keystone Realty USA headquartered in East Northport, said that he has noticed a surge in home sales in January, a trend that clearly demonstrates how busy his agents have been in terms of trying to satisfy their customer’s needs for lodging in a ever-growing tough market.

“Keystone has indeed noticed an uptick in the local real estate market for January,” he said. “Days on the market have lowered due to higher demand…we’re getting a lot of people coming to us as of late to help them find a home and with this increased activity, homes are selling for premiums.”

As of January, according to MLSLI.com, the closed median home price in Queens is $482,500, an increase of 9.2 percent from January of 2016; at the moment, the county has approximately 3,155 residential units for sale to prospective buyers.

Nassau County boasts a closed median home price of $465,000, up 8.1 percent from a year ago; currently, there are approximately 4,184 houses available on the market, which places Nassau directly in the middle of Long Island’s three counties in terms of volume of residences for sale.

Suffolk brought up the rear, meanwhile, with a closed median home price of $338,250, up 7.4 percent from the same period last year; the county currently has approximately 6,646 homes on the market.

As can be plainly seen, the real estate market of Long Island’s three counties features a noticeable shift in terms of price and availability the farther away from Manhattan you get; while no indication of overall quality of life, it does illustrate the fact that commutability to the city is a major factor for people these days when it comes to choosing a home.

Keystone Realty USA’s Michael Keegan noted that Long Island – especially Queens and Nassau counties – should continue to see heavy activity in the real estate market, especially considering its proximity to Manhattan and a growing trend amongst young people to get out of urban environments on their off-time and into a more comfortable, slower-paced suburban setting as a way of maintaining a healthy work-life balance.

“We see a robust 2017, and market prices are likely to continue to increase,” Keegan said. “Queens seems like the next ‘hot’ market. We also see more interest in Nassau County due to Millennials leaving Manhattan for the suburbs of Long Island.”

As a result of this sales momentum the value of Long Island homes are likely to continue to climb; indeed, the area is turning into a seller’s market of sorts, and if anyone has been considering putting their homestead up for sale and looking to take advantage of a booming environment, Keegan said that 2017 is the year.