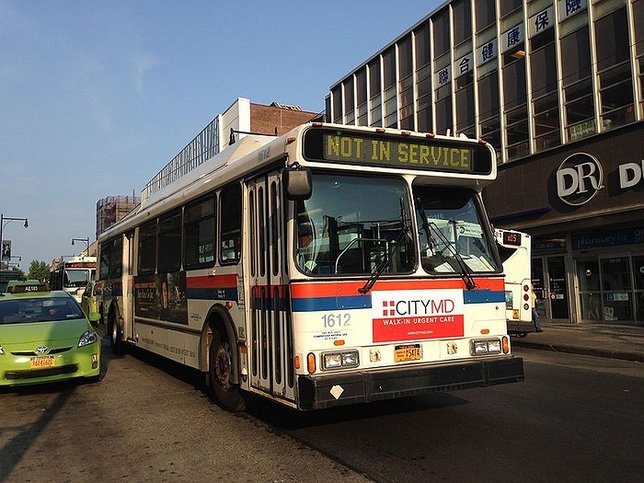 Nassau County, who partly funds NICE, has reduced funding for the bus system by $6.8 million dollars for 2017.

Nassau County, who partly funds NICE, has reduced funding for the bus system by $6.8 million dollars for 2017. This major cut will result in the elimination of many routes and the reduction of others in the county. A public hearing is scheduled for Thursday, February 16th to further address the proposed service reductions.
Senator Brooks stated, “I encourage all residents to attend the public hearing to express their concerns. I have heard from many members of the community and caregivers about how crucial the NICE Bus is to their community and it would be devastating to see this service eliminated or reduced in many areas across Long Island.”
“NICE is currently the only means of public transportation going north-south in the county. If the service is eliminated, many people in the community, including many seniors, people with disabilities, and working families, will not have a means of getting around,” continued Senator Brooks.
Some of the proposed route eliminations include: Freeport Community Shuttle, Hicksville-Wantagh Community Shuttle, n19 Freeport-Sunrise Mall, n36 Lynbrook-Freeport, n45 Bellmore-Roosevelt Field, n47 Hempstead-Bellmore and n51 Roosevelt Field-Merrick.
To see the full list of proposed route changes, visit: here
Public Hearing of the Bus Transit Committee:
Feb. 16, 2017, 3:00pm-6:00pm
@ NICE’s offices 700 Commercial Drive, Garden City, NY 11530