Called a dangerous and often confusing section of Sunrise Highway. 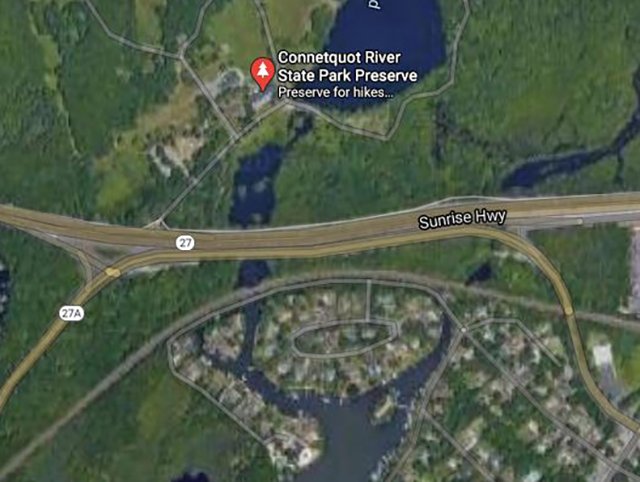 Politicians and the  Long Island Contractors' Association (LICA) want action from Albany on the Oakdale Merge, a dangerous and congested stretch of roadway on Sunrise Highway where multiple lanes of traffic are squeezed down causing a bottleneck.

Nicknamed ''Malfunction Junction'' by commuters and CB radio users back in the day due to the major traffic jams and confusing way Montauk Highway merged into Sunrise Highway the section of roadway has been vexing drivers for decades. While several attempts to clear up the mess have been proposed and work has been done, officials say enough is enough and want the problem fixed for good.

Newspaper articles from 1986 say that as many as 69,000 vehicles per day traveled through the Oakdale Merge. Today, the NYDOT estimates that number has risen to over 126,000 per day.

For the uninitiated, the Oakdale Merge is a section of the Sunrise Highway where the service roads and Montauk Highway merge with the highway. It just happens at this point all these roads are squeezed through Connetquot River State Park. The protected land and environmentally sensitive areas flanking the merge has caused problems with expansion plans.

The problem has seeped into pop culture and the Oakdale Merge even has its own parody Twitter account. 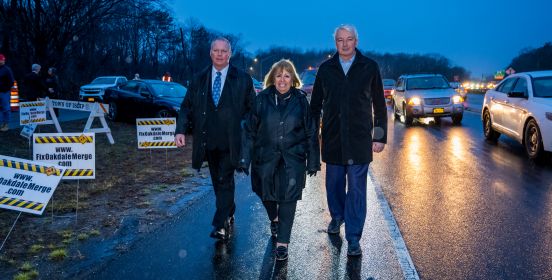 Officials have expressed their dismay that no real action has been taken to resolve the ongoing problem despite a forum held in 2018 by the NYSDOT presenting possible fixes that included widening or adding lanes, incorporating bridges or viaducts.

“For decades the Oakdale Merge has been a major concern for Suffolk residents resulting in significant congestion along this busy stretch of highway,” said Suffolk County Executive Steve Bellone. “Working with stakeholders and our partners in government we are going to advocate for the funding necessary to see this critical project through.”

Recently, officials and LICA held a press conference at the Oakdale Merge, calling for solutions. During the press conference, a public call for funding for an EIS (Environmental Impact Study) was made.